Here we go with new music we just can’t stop listening to or blasting on our phones. Stream their songs, check them out on social media, and share their songs with your friends!

Singer-songwriter Allen highlights his heartbreaking track “How to Forget a Fucker” from his latest album release, Better. The music video shows a side by side view of Allen in present tense miserable by the breakup and on the other side the past tense where he and his ex enjoy their happy moments together then fight over and over again until they’re completely finished.

As a form of expressing himself, Allen’s songwriting has a dark, ironic, angry and melancholy feel in it, yet it also contains hints of love, hope, and strength. “How to Forget a Fucker” is highly relatable with appealing visuals, deep rooted vocals that showcase tons of love, and moody yet catchy beats. Listen to the rest of Better right here:

JIGG 47 has released two new rap tracks “Soa” and “Tables Turn” to keep you turning up throughout the night. His raps are catchy and on beat as he stays on top of each hit of the background beats. His latest album, Sergeant of Arms, is a collection of two tracks that speak about the realities of life. Make sure to check them out! 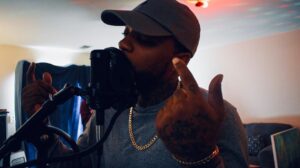 Jalen McMillan keeps it real in his songs, including his most recent release “No Cap.” Throughout the chorus, he calls out people who don’t keep their word over a quick pace beat that flows with each hard-hitting verse. McMillan is here for a good time and there’s no sign of anything slowing him down. Check it out “No Cap”!

Rising artist Sedona, shares “Bottom of Your Bottle,” which perfectly depicts the end of a relationship yet being able to move on and live your life. “Bottom of Your Bottle” is a groovy track with lyrics about moving on from someone who only reaches out when they finally finish the bottle of whiskey in their hand after their relationship has ended. Sedona is confident, smooth and clear about her emotions in this uplifting track that listeners can quickly find themselves rooting for her happiness.

After releasing her latest release, Selena Gomez, is back to being everyone’s favorite with her album Rare. The 13-track album shows a brand new side to Gomez. She returns after a long hiatus with more confidence, reassurance in herself and  If you haven’t heard it yet, go check it out!

Repping Western Sydney, Australia, DJ and musical artist YAZ debuts his single “Amira Amira,” a parody of the hit song “Maria Maria”by Santana and The Product G&B. The parody is right on point with the comical yet catchy lyrics, incredibly catchy vibes and striking vocals.

Los Angeles-based singer-songwriter, Esthy, is slowly emerging as someone who will leave a positive mark in the world of Pop music with her latest single, “Afterparty.” The single details a fun and exciting night with high-energy sounds and soulful vocals similar to popular artists like Rita Ora and Anne Marie.

The music video for “Afterparty” shows Esthy in front of a green screen narrarating a story about going on an adventure and going to the afterparty after a night of full of genuine fun. Her stage presence is unforgettable as she has enjoys every second of being in front of the camera dancing along with her own beats and lyrics.