In our weekly roundup, we discovered FIVE new singles/albums this week that we just can’t stop raving about. Stream their songs, check them out on social media, and share their songs with your friends!

Kevin “Blue” Woods has released his newest catchy single, “Doin’ Fine,” as a soulful R&B-inspired, jazzy tune accompanied with mesmerizing visuals from inside a New York City venue. The single demonstrates how versatile BLUEWOODS can be when juggling musical genres such as Hip-Hop, Jazz, Soul or R&B. With their fourth released album, City Life, available this is the greatest way for them to enter the new year!

Californian artist Truth Ali has been releasing music all year, which has lead to his latest release “Guns In Space.” This single is truly a work of art from start to finish. It features a very polished chorus while Truth Ali gives fans what they came for: his fiery, invigorating raps. Fans of Tupac will be fond of this young artist coming up in the rap game. Stay tuned for Truth Ali’s upcoming album In Vivo in January 2020.

Swedish Soul & RnB artist, Yajna, keeps us warm inside with her release of “Femenomenal, Pt. 2 Trilogy of the Rising Phoenix.” The feel-good single features vocals that are not only enjoyable to listen to, but also both powerful and passionate. Her lyrics about reaching out to someone makes us want to share this song with the special people in our lives.

Bizzy shares his latest single “The Anthem,” a hard-hitting song full of high energy from the start to the end. Bizzy discusses how negative and unforgiving the streets can be throughout the song while also mentioning an adverse environment, jealous friends, and the brutality of law enforcement. Through it all, he won’t be broken and will continue chasing his dreams. Get the single HERE!

Alternative Rock artist FXCK HOPE shares his deepest emotions with the world in his latest single, “Cloudy Dreams.” The lyrics “Aye I’m loving your vibe but I’m just dying all inside/ Take a ride through my mind see the wars and cloudy skies” are accompanied with smooth, gentle background music that makes listeners feel like they’re cruising through a video game. Check it out yourself!

Indie, Pop-Rock artist, Dan Kjellberg, produced a new Rock-inspired single “Blood” that speaks about a messed up relationship that has no return. The track is catchy from start to finish as his clean and raw vocals make this an enjoyable album regardless of the sadness heard throughout.

Dan Kjellberg started writing songs at the age of 13, which has lead to him following a street-style-based lyric writing and mainstream sound. He produces all his songs in his home studio. Click play to listen to “Blood”! 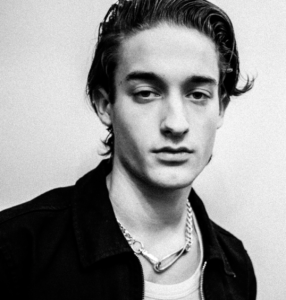 With the releases of her newest album release, you may ave heard this one on the radio already! It’s one of our favorites that shows the versatility in her voice and career throughout the years. If you haven’t listened to the entire album yet, check it out!