Thanks for joining us once again for our weekly music roundup! Here we introduce NEW singles and albums that we think you’ll enjoy!Stream their songs, check them out on social media, and share their songs with your friends!

Jake Shaw has just dropped his second album 2020 Vision through his Yourownmusic label featuring artists from all over the world. Each song brings its own flavor, talented lyricism, and mixture of positive, happy background beats. There are too many songs on the album we like to just choose one, we encourage you to listen to them al! 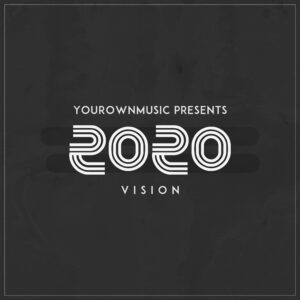 American hip-hop artist and producer shares his single “Whoa,” which was released through his record label Blazington Music Group. His single “Whoa” is a feel good hype song with a fast moving, distinct beat to bop your head to while he raps. It’s a motivating video with lyrics telling listeners to “feel like whoa” and believe in themselves! Directed by Blazington Music Group, Tademy raps in the lobby of a dim lit apartment for the minute and a half video. Check it out!

British rapper Strategy Ki celebrates getting signed to VEVO as he spreads his first video release for the single “Pinnacle.” Released on January 19, “Pinnacle” is an ode to living your life the way you want and showing that he’s reached a point in his life that he’s most proud of. According to the definition of the word, pinnacle means being at the highest point of development or achievement. Strategy Ki is definitely on the come up and leaving his mark in the British music scene.

The time has come for New Jersey native, Odysseus, to release a single he’s kept hidden away since May 2018. Titled “Headlights,” Odysseus shares a personal story for listeners to hear on Friday, January 24. Odysseus’ latest catchy single, “Headlights,” is inspired by a scary interaction with an actual deer running in front of his car. As the deer launched himself across the road, the melody for the hook came into his mind clearing the way for a new song.

All three singles thrive on their distinctive collaboration, hooks, and background tempos. Don Drago put together three songs that display his life experiences with enjoyable music alongside to help him tell his story. Dragon Hymns is just the beginning for this young artist and you’ll definitely want to stick around and see how his future unfolds! Take some time and listen to Don Drago’s three-song EP Dragon Hymns. Hip Hop, Rap and Rock fans will be mesmerized by a combination that flows smoothly and has the ability to reach many young listeners to give them sound advice and guidance on life.