6ix9ine Will Testify Against Everyone He’s Ever Known 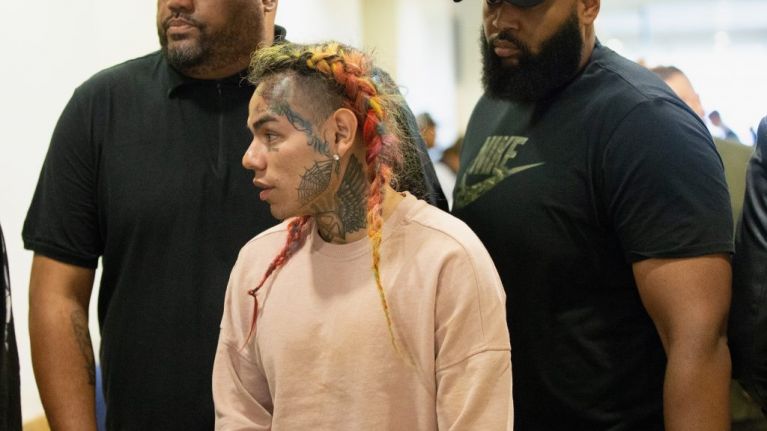 6ix9ine Will Testify Against Everyone He’s Ever Known

The trial every Hip Hop fan was waiting for since the beginning of this year is finally here. 6ix9ine testified on September 16 in Manhattan about all the publicity stunts, gang activities and hidden rappers who were involved with petty crimes.

Why Isn’t He In Jail?

6ix9ine first pleaded guilty in the beginning of 2019 to nine counts, including a variety of crimes ranging participating in multiple robberies to doing heroin. He’s been in police custody and not arrested due to the exchange for the possibility of a lighter sentence than the 47-year minimum he could be given. 6ix9ine agreed to cooperate with the government.

Inside The First Day Of Trial

Can you imagine sitting in the jury where prosecutors had to loudly play one of his songs in the courtroom and are going through music videos with the rapper?

Well, that’s exactly what happened! Prosecutors played “Kooda” and “Gummo,” songs that first put the rapper on the map. Then they asked questions about his gang affiliations, people he was connected with, and much more evidence used against him.

What Are Other Artists Saying?

Many rappers took the time to give their inup on the whole situation. Here’s Meek Mill’s response:

69 going up in s federal courthouse today kids! Message of the day don’t be a Internet gangsta… be yourself! #cloutisnottheroute get money

Do you agree with him?

As the next few days unfold, we can’t even imagine who else he will bring down. When 6ix9ine pleaded guilt in January, his sentencing date was set for January 24, 2020 but that date can still be changed depending on how the trial unfolds.

Starting with Trippie Redd’s gang affiliation, we can’t even imagine what will come next!