Enjoy these singles on this week’s weekly music roundup! We always bring you the hottest new songs that you can’t find anywhere else – stream their songs, check them out on social media, and share their songs with your friends! 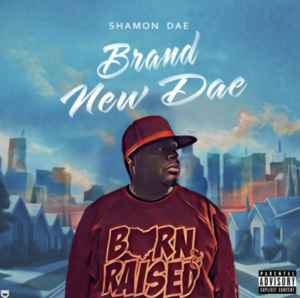 Brand New Dae follows the releases of EP Stimulus Package and his debut mixtape 28 Beats Later. Highlights from the album “Right Now,” “50 After 50,” and “Lucid (DC)” each represent a huge step forward for him, proving his ability to blend addictive high energy and melodies, perfectly matching the feel of his lyrics.

JayDubaz, an Alternative Hip-Hop/Rap artist from Nashville, Tennessee rises up with the release of his album (Re)start. Released as a personal concept album, JayDubaz speaks of all the important moments in his life where he fights through the difficulties of his past & figuring how his beginner mistakes while coming into his own as a prominent artist from Nashville.

Their newest song “Looking For You” brings in the sensation to dance along to the cutting-edge synthed sounds, while singing along to the emotional, dreamy lyrics about looking for love. With the loving chorus “Cause you got that magic in your eyes, can you take me back, back to paradise, cause I, I’ve been, looking for you all my life,” the Martin Brothers draw listeners in instantly.

Charles Nkanga captures the essence of truly knowing yourself through a mixture of honest and uncomparable songs in his latest album, Omnivibe.

One intriguing aspect of the entire album is that it’s channeled through the concept of one artist, three characters, and eighteen tracks. The songs are divided between the characters to display how each character has played an important role in his life.

Indie folk pop artist Holly Abraham illustrates how putting your creativity and emotions together can create powerful project as seen in her debut EP Love Will Come filled with stories of love, confidence, and life experiences.

Her honesty shines in this beautiful collection of melancholic songs that also dives into the importance of discussing how our mental health has an effect on our life.