Regarded as a powerful triple threat paving her own path in the entertainment industry, ANOVA is seemingly doing it all while staying connected to her roots and genre-bending sound in the latest single “Palabras.” In this new release, she authentically opens up about a relationship that has run its course and now that she realizes this, she knows it’s time to move on regardless of how difficult it may be for her.

The Dominican-American singer, songwriter, established actress & CEO of her very own record label, ANOVA RECORDS, has successfully prepared herself for the entertainment industry through the education attained in Boston College in Boston, MA. She has worked with influential artists and performed on various Off-Broadway plays and HBO Films throughout her time as an established actress within the past ten years. 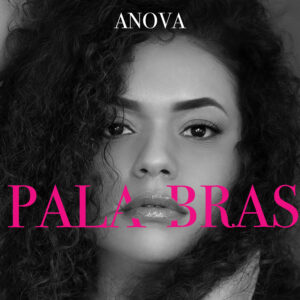 Her work with established artists in both the American and Latin markets such as Remy Ma, Don Omar, Alcover, Ricky Gonzalez, Angel Fernandez and the iconic legendary Latin singer, Jose Jose, is just one piece of the equation that makes ANOVA someone to look out for this year!

Every experience such as being the lead Lola on Junot Diaz’s broadway play La Breve Y Maravillosa Vida De Oscar Wao has opened up new opportunities to do more of what she loves including being featured in NY Times various times, as well as appearing as the front cover of El Especialito for her music and powerful, influential role in this sold out play which sold out for numerous weeks.

Her newest single “Palabras” displays a sincere passion for creating music that allows for a sense of freedom, escapism, and the opportunities to connect with listeners anywhere in the world while sharing her stories with others who may also be going through similar experiences and emotions. Her stories finds the contain anecdotes that listeners can find common ground in as they keep themselves dancing along to the smooth instrumentals creating an vivid image of her singing these candid lyrics to someone.

“Palabras” truthfully lets someone know how she is feeling. She’s releasing everything that happened as she realizes she’s at a loss of words when it comes to fighting for a failed connection that doesn’t have a place in her heart anymore. The slow to fast paced rhythms stay true to her free-flowing sense of adventure in her personal projects.

“Music has been my way of communicating my thoughts,” ANOVA mentions. “A way of unveiling everything that I normally am unable to in my daily life. Music is life and it’s what keeps me going.”

ANOVA stands her ground in everything she does. It’s no wonder “Palabras” shares the powerful viewpoint of releasing what isn’t good for you anymore and going after everything you have ever wanted in life. It discusses a sense of loss within a relationship, business partnership going wrong, sibling rivalry, issues within a parent and son/daughter dynamic, etc. “Palabras” doesn’t just focus on a romantic relationship, but on all of our personal relationships that have an effect on our lives.

Her motivational words keeps listeners’ attention as she finds herself once again. Please keep an eye out for future releases placing her high on the must-watch list this upcoming year.