Independent Electronic Artist Apollo Jackson announces the release of his highly anticipated upcoming single “Our Way,” available everywhere on August 4th. With a list of singles excitedly coming later this year, “Our Way” is introducing new and loyal fans to this rising talent in the EDM scene.

His infectious energy has been seen in previous releases like “If I Had To,” first released this past May, which is filled with dreamy lyrics and chill deep vibes that gets electronic fans moving all over the world! Check out this single for a taste of what’s coming up next!

As well as a Professional Magician, Actor, and Pro Wrestler, this Gold Coast based musician has many skills under his belt that have attracted a growing fanbase to his name. Music has always remained a constant as he connects with his fans through their similar love for the Dance/EDM communities and uplifting music that makes a difference.

Stay tuned for many more releases coming from Apollo Jackson this year, including collaborations with some of the most respected names in the EDM music genre! Coming soon is “Vibe Dealer” in August, “LoveFool” in September, and “Shy” in October. You won’t want to miss this! 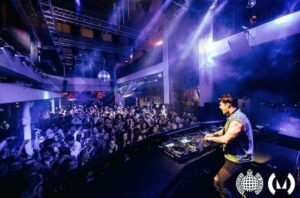