We’re eager to introduce you to Bentley Robles once again! The Alternative Pop singer-songwriter rejoices in his guilty pleasure as the night without his lover goes on in his newest single, “Mezcal” featuring rapper Dante Hill.

Alternative Pop has never sounded so good – listening to Bentley Robles sing directly in your ears will move you. “Mezcal” is intoxicating with honest, liquor-inspired lyrics about missing someone late at night and wishing they were right there with you.

His vocals fade as Dante Hill joins in with smooth bars reminiscent of modern Hip Hop/Rap. The upbeat sounds in the background run alongside his effortlessly rapid tempo that instantly jump back into the vibrant hook. Together, they incorporate an alt-pop meets rap beat that fits without a hassle. 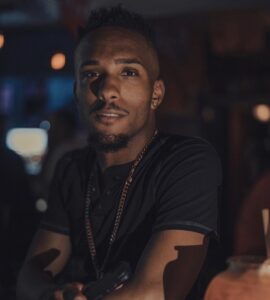 Although the single centers around the misery of not being around someone you like, “Mezcal” is a feel-good track that you’ll want to play over and over again. It’ll have you deep in your emotions and bottle of Mezcal while also dancing along to the positive, satisfying rhythms.

You don’t have to wait too long to listen to this moody mid tempo pop number! “Mezcal” will be available on all streaming platforms on May 29.