What began as a form of self reflection and recognition, slowly showed Breon S.Y.N.D.E.L what could be possible with songwriting as he now embarks on a mission to make his solo career a success. With the use of his outer space aesthetic as a common thread throughout his musical covers, he’s creating a unifying concept that fans can automatically recognize and trace back to his music.

The significant atmospheric and ambivalent sounds in his music paired with his playful vocals have allowed him to develop an organically grown following of fans that are witnessing his journey into an exciting world of music. 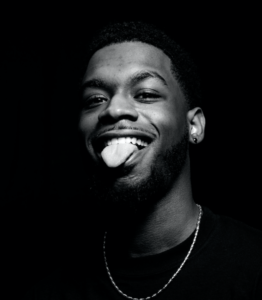 The first track released on the two-track double single is titled “Pisces,” which dives deeper into a pre-argument argument he’s had with an ex, where Breon is mentally preparing himself for the unexpected.

He mentions, “This song is very fast paced and floaty, almost like having an out of body anxiety attack (which is how I feel whenever we used to have an argument). This song simulates the bad times.”

The second track “Kill Me Now!” is the perfect counterpart to the first. Its opposite approach details the honeymoon period of a relationship where things are easy.

“Everything was easy going, bright and clear. Its me being in Lala land, without me realizing the doom that will follow which is why the song is titled “Kill Me Now!” I would rather leave the planet than go through that again, no matter how good it felt,” Breon S.Y.N.D.E.L admits.

Prepare yourself to feel two completely different emotions this Valentine’s Day while you listen to “Pisces” and “Kill Me Now!”They may just put you in your feels but you’ll come back running for more cause his music is just that addicting.