By Small Ruin – “Some People”

Bryan Mullis, better known as By Small Ruin, powerfully stands his ground in his newest Alternative Rock single “Some People.” Prepare to get lost in another vulnerable yet influential song coming from him this year!

He discusses the overwhelming feeling of knowing other people try putting him in a specific box that he doesn’t agree with. This prompts him to go against the norm and be proud of being outside of all the boxes people try to place him in. By Small Ruin encourages listeners to be themselves through thick and thin.

“But I got news my friend/ Some people will never box me in/ Take you down a notch/ Damned if you do, damned if you do not/ You know it’s all a game to them/ I’m gonna win it, rob them blind,” he sings.

As always, By Small Ruin leaves us in awe with his incredible songwriting abilities that tie together with the intriguing flow of clashing drums, powerful guitars, and captivating vocals. “Some People” sets the tone for 2020 as people aim to find themselves amidst the chaos going on all over the world.

Stream his newest single on all music streaming platforms today! 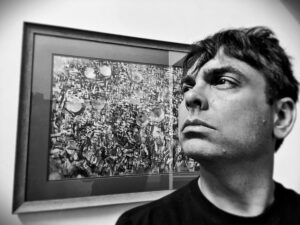