Byron Bank and Mani Starz collaborate to bring us a laidback, honest new EP titled Emoji Vibes displaying their unique take on hip-hop while sharing nothing but good vibes throughout the five songs available.

As founder of Breakin’ Bank Records, LLC, a Houston based independent record label inclusive with artist management and development, label, music publishing, and new ventures, Byron Bank signed Mani Starz to the label, leading to the release of their own singles such as “Butter Remix” and “Entanglement” while supporting other artists in the game.

Byron Bank uses music to share the divide between an old school flow and what makes modern music resonate with music fans all over the world. His vision for this union is one of the most intriguing ways he captures the attention of his booming online fans who find solace in his words and rhymes similar to influential performers such as Jay Z, J Dilla, Lil B & Rakim or A Tribe Called Quest, among others. 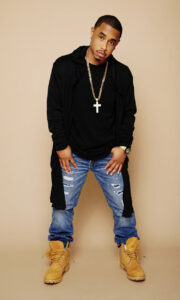 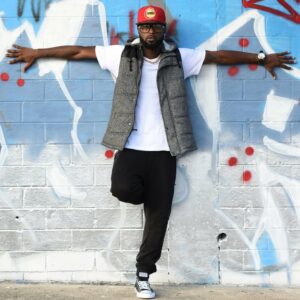 Running on a vocal sound similar to J. Cole, Byron Bank sets the vibes of the rest of the EP in this opener track “Pineapples” as Mani Starz joins in with intriguing raps in the foreground of the slowpaced electronic beats. Together, they share their love for the taste of pineapples through a sexual connotation that’s both appealing and enjoyable to listen to them sing about.

“Wanna See You” romantically calls out to that special someone about being able to see them before it’s too late. As the EP runs on a sexual, adventurous vibe, the duo comes together to share their messages of desire. This is the type of track to send to that special person who you want to spend one night with until the sun comes up.

“Whatever You Want” energizes our moods with an upbeat hook and rhymes leaving listeners with a simple message of “satisfaction is guaranteed” when you roll with these two rising harmonizers.

“Waterfalls” brings in those lustful thoughts with a sound reminiscent of Trey Songz. The vivid imagery combined with the harmonic vocals draws us in to thier laidback energy as they rap about the sexual dreams their yearning for with their partners. Ending the EP is “Sex,” a transparent and satisfying single detailing their most deepest desires in a captivating way. They create their own easygoing sound that puts listeners in the mood while vibing out to their descriptive lyrics.

Emoji Vibes shows the progression between these two artists who come together to share their distinct vocals and ideas onto a five-song EP that highlights their talents individually and as one. Definitely check it out while browsing for new music to add to your late-night one night stand playlists!