If you haven’t heard of C.K. Marion yet, read more about her down below because her latest released album, Resist, is now available for FREE and you’ll definitely want to listen on any streaming platform.

The 13-track album features 9 out of 13 tracks that she produced while also mixing & mastering the album herself. The smooth vocals complement the entirety of the album, beats and all. Listeners will find that Resist merges musical genres like Pop, old school Hip Hop, EDM, Reggae, and even experimental Hip Hop without missing a beat.

It’s well put together and features her stories in a way that she was only able to do, hence why she was able to make the executive decision to put it together herself.

The fourth and most popular track, “King & Queen of the Throne,”  was shot on a beach where she raps about letting go of the bad things about life and not having to worry about living til the next day. She mentions Black Lives Matter, women’s rights issues, and the right everyone has to live the life they want without beig judged.

At the start of the video, there’s footage of a march, Black influences, and herself in the middle of the beach. She raps about the King and Queen of the throne being Mother Earth and Father Nature always protecting us down here. The track flows well with the raps and the beats slowly paced out in the background.

She discusses the issues going on in the world at the moment and how it shouldn’t be something we should be stressing about when we’re with our families. Yet, we do because of how the world is currently set up. By the end of the song, she has remained true to who she is and ends the night with her wife by her side. 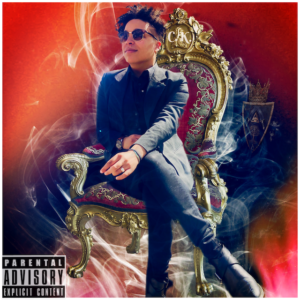 Being an independent artist comes with lots of struggle. Only the strong ones survive and it’s evident C.K. Marion isn’t stopping regardless of the adversities.

C.K. Marion posted a heartfelt message on album release day thanking everyone who listens. “To the person who is reading this right now… I’ve put this project together for everyone & this is my blood, sweat, tears, soul & heart. It’s available for FREE & if you decide it’s your flavor & want to support me as an artist then you purchase it.”

“The album is lyrical & I’m positive there will be a song you can vibe with. Thank you for watching, reading, sharing, listening & all that you do to support independent artists. I know I speak for many when I say it means the world,” she continues.

With the tracks “Dead Zombies” and “Not Guilty” produced by DarK Wolve$, “Slide feat. Sixela” produced by Jake Drew and “Through It All” produced by Skrill Boy, there’s something on Resist for everyone. Listen to the album below: