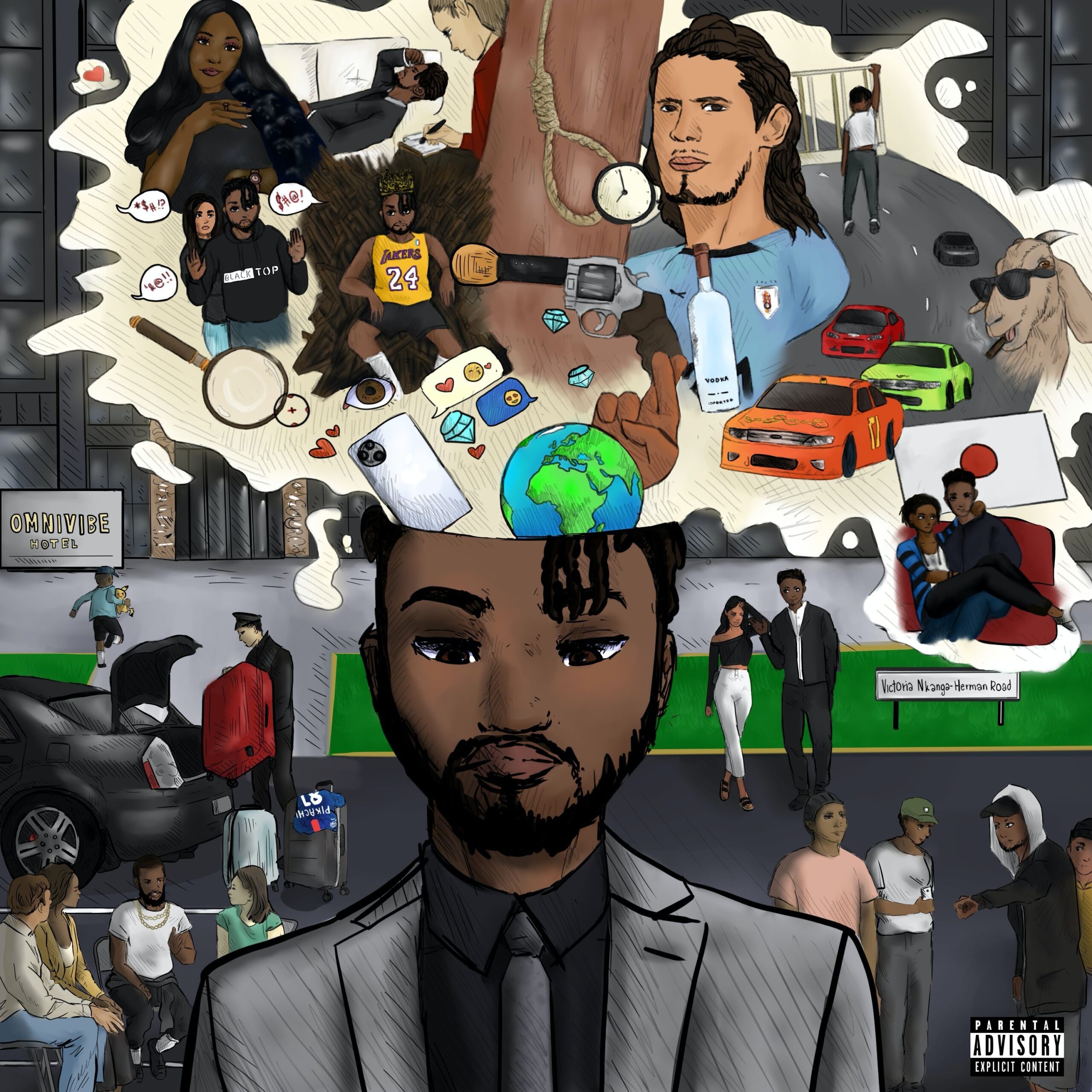 Charles Nkanga captures the essence of truly knowing yourself through a mixture of honest and uncomparable songs in his latest album, Omnivibe.

One intriguing aspect of the entire album is that it’s channeled through the concept of one artist, three characters, and eighteen tracks. The songs are divided between the characters to display how each character has played an important role in his life.

The first character is himself as a young kid learning from his older self – it’s shown in “Tripolar,” “How Was Your Week?,” “Emojis Interlude,” “The Whisper Campaign,” and “Balcony.” The second character portrays the fighter in him – shown in “Sticks & Stones,” “Edinson Cavani,” “Wildside,” “Pennywise Interlude,” “Don’t Ever,” “Nested In A Tree,” “Black Tuxedo,” and “DYETTSTM.” The final third character showscases his sensitive side – as shown in “Last Chance,” “Tokyo Nights,” “Forming For Me,” “Against The World,” “Diamond Girl,” “Rest Of Our Lives II.”

With each unique song on the album ranging from three to six minutes, it’s clear Charles Nkanga put all his time and energy into perfecting this blunt, charming album. Each track transform from a piece of thought in his journal into simplistic yet powerful songs tied together with electronic synths and mellow sounds.

Turn up your “Omnivibe” energy and vibe out to the dope mix of songs coming from Charles Nkanga. It’s truly a masterpiece comprised in one captivating album. Make sure to listen to Omnivibe on all streaming platforms right HERE!