Darren Parry is well known for his well crafted, melodic songs that have gained him his worldwide recognition through the various awards he’s won throughout the years including 10th USA ‘Billboard’ Song Contest Awards – Honourable Mention for song “Better Than You,” 2012 USA ‘Song Of The Year’ – semi-finalist position for “What Good’s A Heart That Can’t Break,” and 2014 – USA ‘Song Of The Year’ – Runner Up for “So Into You.” 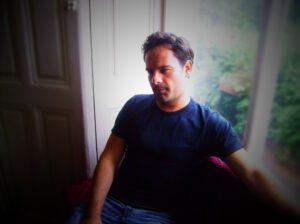 The powerful and passionate performance enthralls listeners dealing with heartbreak and unable to move on in life. “Feels like the Sun’s stopped shining but I’m still blinded by you” he sings to the memory of still being in love with his lost partner.

Listen to “Feels Like The World’s Stopped Turning,” now available on all major digital platforms!