Independent artist Jacob Tyler Davenport, musically known as Davenport, releases “My Fault” as his latest single putting the antagonizing feelings of despair and loneliness on the forefront of this synth-led new single. There’s something refreshing behind hearing his vocals take over as he puts his heart on the line.

As the cover image suggests, it feels like he’s drowning in the overwhelming thoughts and reaching out for someone to help him come up to the surface. “I’m feeling hopeless/ Can you let me go inside/ I’m feeling broken/ I can’t get you off my mind” he begins, focusing on the hidden pain he feels.

Hailing from Wilmington, Delaware, Davenport has been putting his all into his music since the release of his first mixtape Alone in 2018. There’s a lot of vulnerability, honesty, and appreciation for the good things in life on the singles he’s released at only 20 years of age.

Davenport hasn’t come this far to let it all go down the drain – he has a dream in mind and the passion to make all his dreams come true. Join in on the grind and support him on all music streaming platforms! 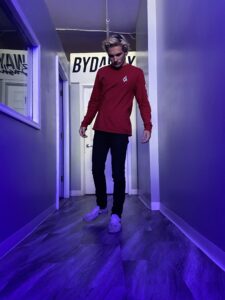