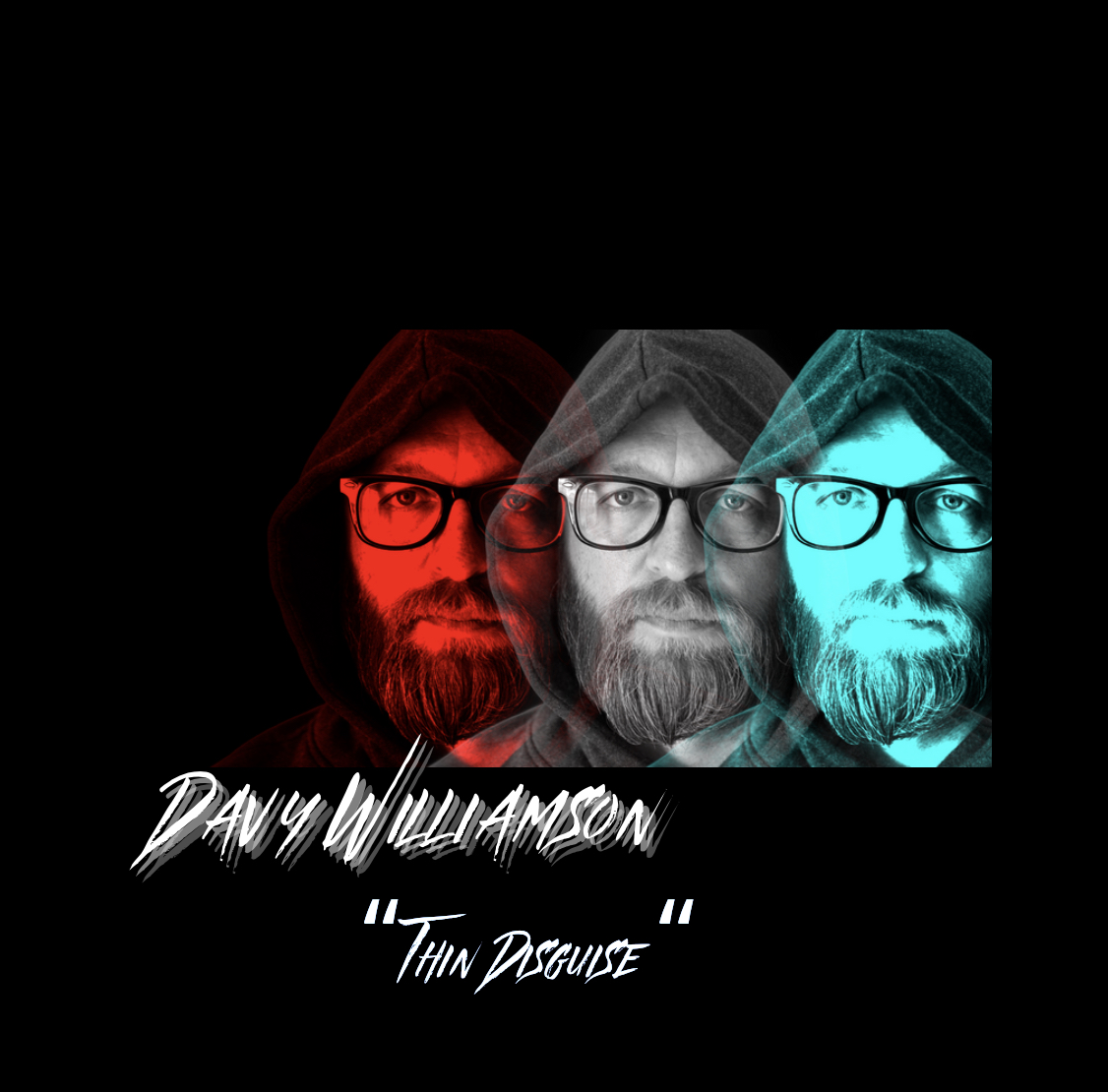 American singer-songwriter and multi-instrumentalist Davy Williamson finds solace in the way music can help him fight off his own inner demons while helping listeners who may be feeling the same understand that they’re not alone. “Thin Disguise” is his newest single release detailing the agony of going through a period of self-discovery and figuring out who he truly is in this massive world.

Williamson was previously the lead singer of the North Carolina modern rock band, Third Class Passenger, before taking the chance on his solo career allowing him to explore relatable themes of broken homes, love lost, betrayal and overcoming adversity.

He played all of the instruments and performed vocals on “Thin Disguise” while laying down all of his emotions on the electric guitar, drums, and booming vocals. He sings about the emptiness felt when wearing a mask differing from who the world sees. Its a sentimentally relevant single that many listeners will be able to relate with after the first listen.

Stream “Thin Disguise” now available on all streaming platforms and keep an eye out for more details on the release of his debut EP coming soon!