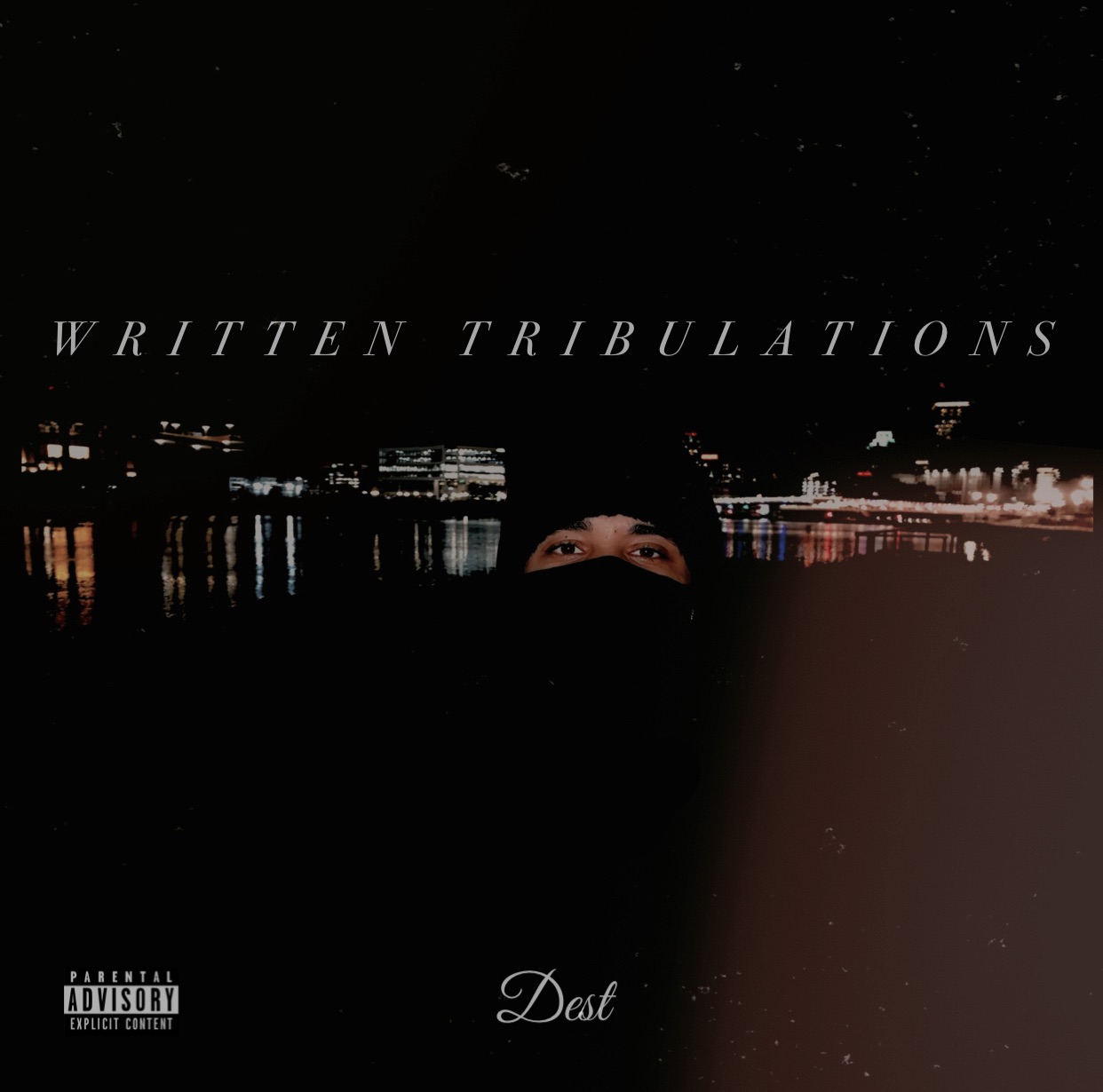 Written Tribulations digs deeper into who independent artist Dest has become while accepting the trials and tribulations he’s experienced in order to get here today. This EP shares his personal stories from a place of pain, happiness, and pride after overcoming personal struggles by going through the different phases he went through in life.

“This is why I love making music, there’s no wrong way to create. This EP was life-changing for me,” Dest shares. “Finding that gap between dealing with pain while also shining a light on the positive things I’ve done. I also want to give a huge shoutout to the producers, @UNLUCKY, @DMac, @TRobbeatz, and @Exavis. Without them, what I did on that EP isn’t possible.”

The introductory “Turned To Art” shares Dest’s first inclination to pursue music as a creative way of sharing his life experiences. The guitar instrumental smoothly graces his honest lyricism and sharp vocals. “See The Signs” moves into the initial stage of getting to know someone new but realizing how this may have not been the best person to pursue.

Ending a relationship isn’t always easy, which “Lost You” and “Life Full Of Heartache” embraces the moments when he realizes how this may have actually been for the best. The Rap/R&B instrumentals merge with his striking vocals creating a wholesome revelation of moving on yet feeling that feeling of “what if” after a defeating moment of having to start over without this individual.

The final release “No More To Me” unites every single he felt with the knowledge that he can’t go back to that old version of himself ever again. Noting how impeccably raw and honest Dest is about particular situations in his life, Written Tribulations is a vulnerable recollection of stories that ultimately changed him for the better. Stream the album on all streaming platforms today.