If you’ve kept up with the drama surrounding Diplo and the latest Jonas Brothers wedding, you’d know there was finally a resolution!

After the popular American DJ live-streamed Joe Jonas’ and Sophie Turner’s wedding, there was obvious tension in the air. He took the opportunity afterwards to publicly apologize to Joe Jonas and the family for “ruining” his Las Vegas wedding by livestreaming the should’ve-been private event. 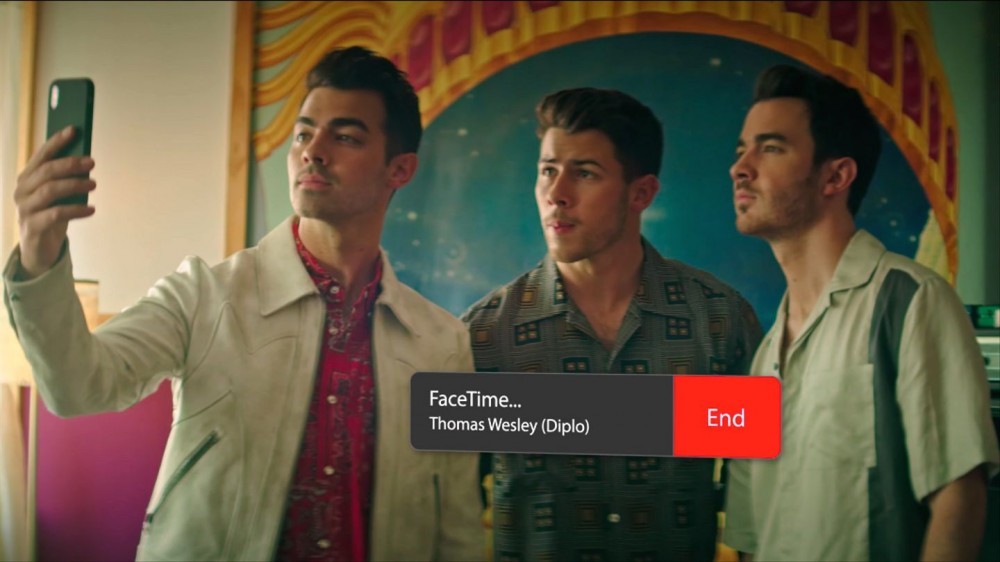 The music video opens up with Diplo staring at a Daily Mail article that reads “Diplo ruined my secret wedding” and shows an image of Joe Jonas speaking during an interview. He then texts Joe, “Hey Joe.. sorry for live streaming the most important day of your life that you intended to keep private. Hope we can move past this,” which Joe actively ignores and begins to play “Lonely” with his brothers.

Throughout the video Diplo tries to text every Jonas brother to get his apology accepted but it isn’t until the very end when Joe finally decides to call Diplo and unfortunately, his phone dies due to all the outgoing texts and FaceTime calls.

Did you enjoy the funny music video making fun of their “argument”? Let us know in the comments below! Also, check out Halsey’s new music video for “Clementine,” featuring her brother.