Doc Jazz – “Love in the Time of Corona” 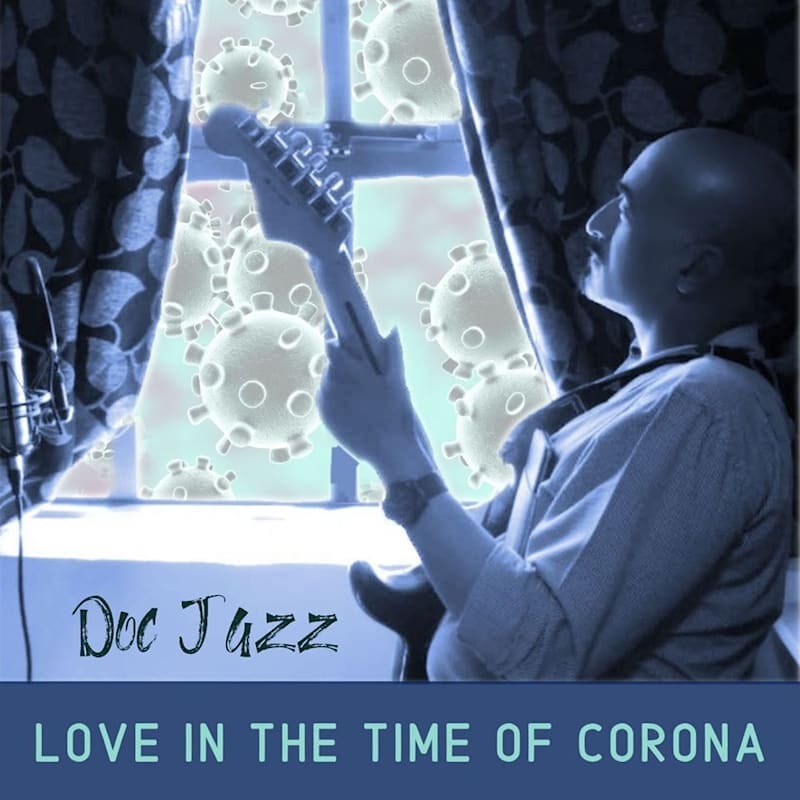 Doc Jazz – “Love in the Time of Corona”

Doc Jazz, a nickname given to him during his medical studies at his university, is now spreading some much needed love with his new album, Love in the Time of Corona.

The title, influenced by Gabriel García Márquez’s famous novel Love in the Time of Cholera, has love songs he prepared over a series of time for people to enjoy during these hard moments in history. The singles may bring some sort of solace during the quarantine.

His slogan for his music, “the taste of rock, the scent of jazz, and the feel of funk,” perfectly aligns with the variety of sounds heard on the album. The musical styles include his own funky style of jazz-pop, to rock, to hip-hop, to piano and guitar ballads, to modern.

“All my songs have a message of their own, although not all deal only with the Palestinian cause: there are some love songs and songs about other aspects of life there too,” Doc Jazz mentions.

The 12-track album includes his beliefs on some thought-provoking issues with catchy lyricisms and smooth  instrumentations. It leads the way with opening track, “Stay With Me,” which features a funky, catchy sound as he dives into spreading love from one person to the other.

“Leaving it up to Fate” slows it down a bit to portray a story about someone being there for someone else. It’s a great reminder to show up for the friends and family in our lives and let them know that we’ll always be there.

As the album continues to one notable track, “Oxygen” sounds like a track that would play in a movie during a love scene. The fast-paced beats create a catchy tune that will make you want to play the single over and over again.

“Hungry” entices listeners with a diverse rhythm of drums and old-school rap that isn’t found in other songs on the album. “Rising Tide” digs into a country and funk-inspired vibe that keeps the feet moving along with the beat.

Ending with a slow paced inquisitive single, “How Does It Feel,” takes listeners through an array of emotions from the very beginning to the end. Throughout the album, Doc Jazz gives his everything to ignite a powerful feeling of love and security with his music.

The message of my new album is: LOVE, in the Time of Corona. Take it as an urgent advice, to LOVE. Protect yourself and your loved ones, focus on giving instead of taking, it will all come back to you threefold! #COVID19 #corona https://t.co/8BRUIEUV8l

With songs featured on mass media in the Netherlands, Palestine, and other parts of the Middle East, Doc Jazz continues to leave behind his messages through his words, sounds and creativity.

Now that we have to be more careful of our surroundings, Doc Jazz advices: “We have to stay level-headed, and observe social distancing and quarantine religiously. It’s the only way for us to get through the pandemic while doing our best to contain this deadly virus.”

With over 100 songs released alongside Love in the Time of Corona, you can download his music for FREE right here! We’re hopeful these songs will inspire people to take action and love one another, specifically dutring these hard times.

Spread the joy of the album with someone you love today!