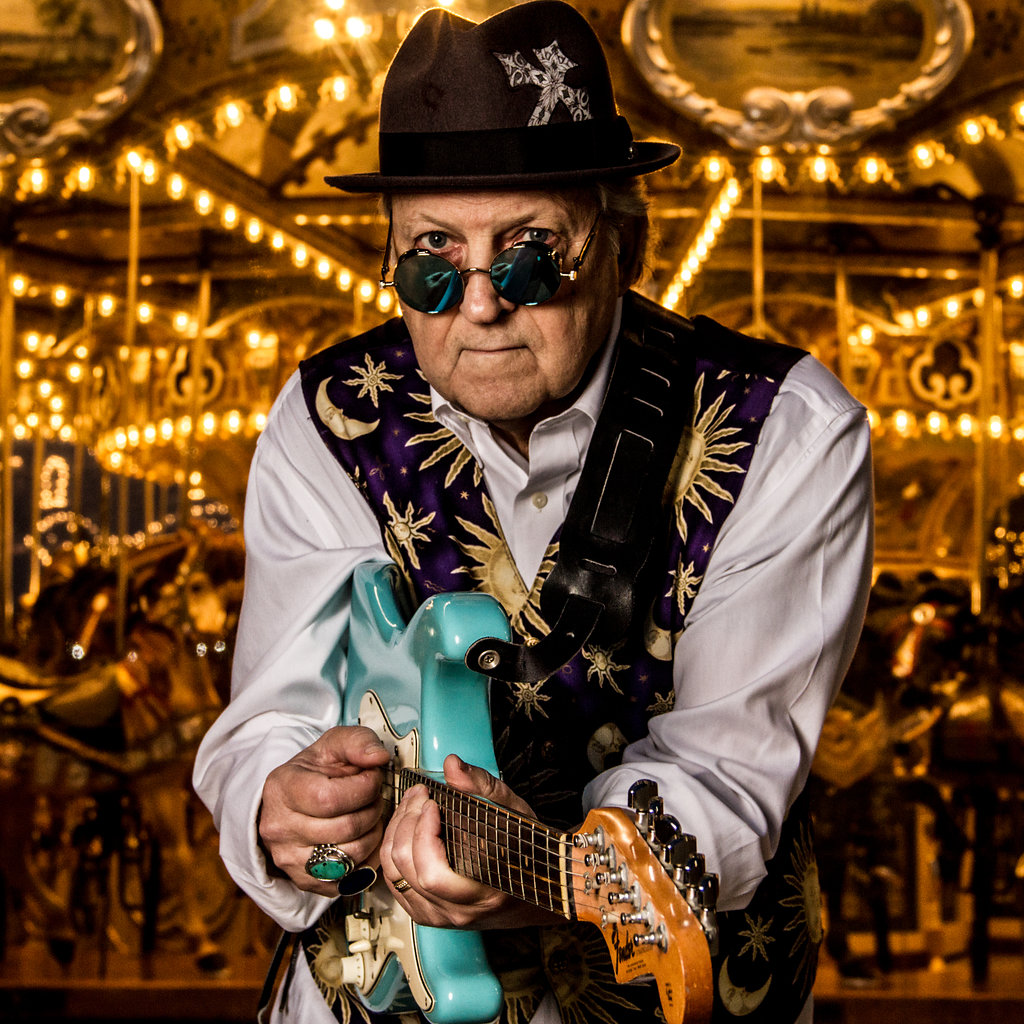 Downtown Mystic reminisces on the past decades he’s been making music with an entirely new 12-track album titled Downtown Mystic: Used Records History 1979-1985.” It’s filled with memories of the times he got his start in the band The Tupelos (1979-1981) and then eventually leaving to start his own solo career.

The critically acclaimed musician Robert Allen, also known as his alter ego Downtown Mystic, is bringing Rock’n’Roll back with a vintage yet modern approach. His first solo project arrived in 1982 where he played all the instruments with the exception of the bass. This time period signified an important time in his life where he was experimenting with what he wanted to do in the music industry outside of being in a band.

2017 piqued his interest in turning back time and finding his old releases to create this new album. Downtown Mystic received a serendipitous letter  in the mail from renowned British rock journalist Nik Cohn, who was working on a book on the late 70s-early 80s music scene. Finding The Tupelos catapulted his investigation into an inspiration for the American rocker.

Robert explains, “It was so strange to get that letter out of the blue, like someone tapping you on the shoulder to look at something. It wasn’t until this pandemic stopped everything that I had the time to go back to that material and think about releasing it. With the Better Day release winding down it seemed like the right time to tie-in a release of the early material, along with the other projects that I’ve been involved with.”

Digitally distributed worldwide via The Orchard/Sony Music, Downtown Mystic: Used Records History 1979-1985 is a culmination of the years he spent creating music that will continue to remain timeless. The Rock/ Pop-Rock/ Alt. Rock album is a mixture of merged sounds by his influences Tom Petty, The Beatles, Bruce Springsteen, and Rockpile.

The lead track “Please Be There” opens the album as the last record produced with the band The Tupelos. It features Garry Tallent from The E Street Band on bass. Beautifully composed, it’s reminiscent of The Beatles with catchy melodies and lighthearted instrumental sounds.

“Sweet Little Sixteen” includes a twangy, fast paced rhythm with an enjoyable guitar solo making us want to dance along to this Americana track filled with joy and pride for their hometowns.

“Sweet Lies” sounds like one of those songs you would play while hanging out on the beach after a long day. It also features a twangy filled vibe with a sorrowful range of lyricism detailing a lost love. Its slow pace merges with amazing electric guitars giving the track even more life.

“Baby Believe Me” reaches out to someone in a melancholic way in this piano-filled track with the repetitive words making its way to the front of the simplistic, reminiscent song. It leads the way for the heartbreaking 1982 “Night Time Girl” speaking of the pain of losing this girl while feeling the pain of the remaining suffering. Its gentle approach with light sounds of the drums and electric guitars allow the saddening lyrics to capture the listeners’ attention.

“I Just Want To Love You” was one of the first songs he wrote for The Tupelos and the last song that was recorded together. This single brings a sentimental meaning behind the song as it began his journey with the band and then remains as the song that closed this adventure, launching him into his solo career.

“You Didn’t Know” raises the energy with a guitar driven energy in this 1983 demo track. It creates a vivid image in the listener’s mind of someone fighting for the person they want in their lives with perfect lyrics.

“Same Old Lover” starts picking up the speed with a vocally led track including reflective lyrics about the same person coming back with the same untrustworthy energy blending in with a fast moving rhythm keeping us intrigued from start to finish.

The 1985 release “Turn Around and Go” sends us right into the energy to hit the clubs and dance along to the old school sounds of the ’80’s. This track relies on a effortlessly flowing melody and sounds that move through us.

“Fly Like The Wind” is reminiscent of those old school movies that includes songs like these. It discusses someone running away from a connection in a fast paced manner that leaves the other people confused about what will happen next. This head bobbing track represents a desire to let go of all emotions and find a freeing love. Its powerful guitar solo is one of the most exciting parts of the song.

“Modern Ways” turns a new leaf to a positive, hyped up Rock single perfect for dancing the night away. This 1985 release includes catchy lyrics with a fast paced, energetic flow of smooth drums, captivating electric guitars and polished vocals.

“History” closes out the album with a feel-good Rock track that sets the mood for the entire album. Rock out to this song and replay Downtown Mystic: Used Records History 1979-1985 over and over again!

Downtown Mystic: Used Records History 1979-1985 follows the release of Better Day, an exciting take on old school influences inspiring him to turn their influential sounds into his own personal reflectional songs. Robert states, “I grew up listening to all these great records and their sound and style stayed with me.”

Read more of his journey and experiences on Downtown Mystic: Used Records History 1979-1985 through his online blog! Find him online here: