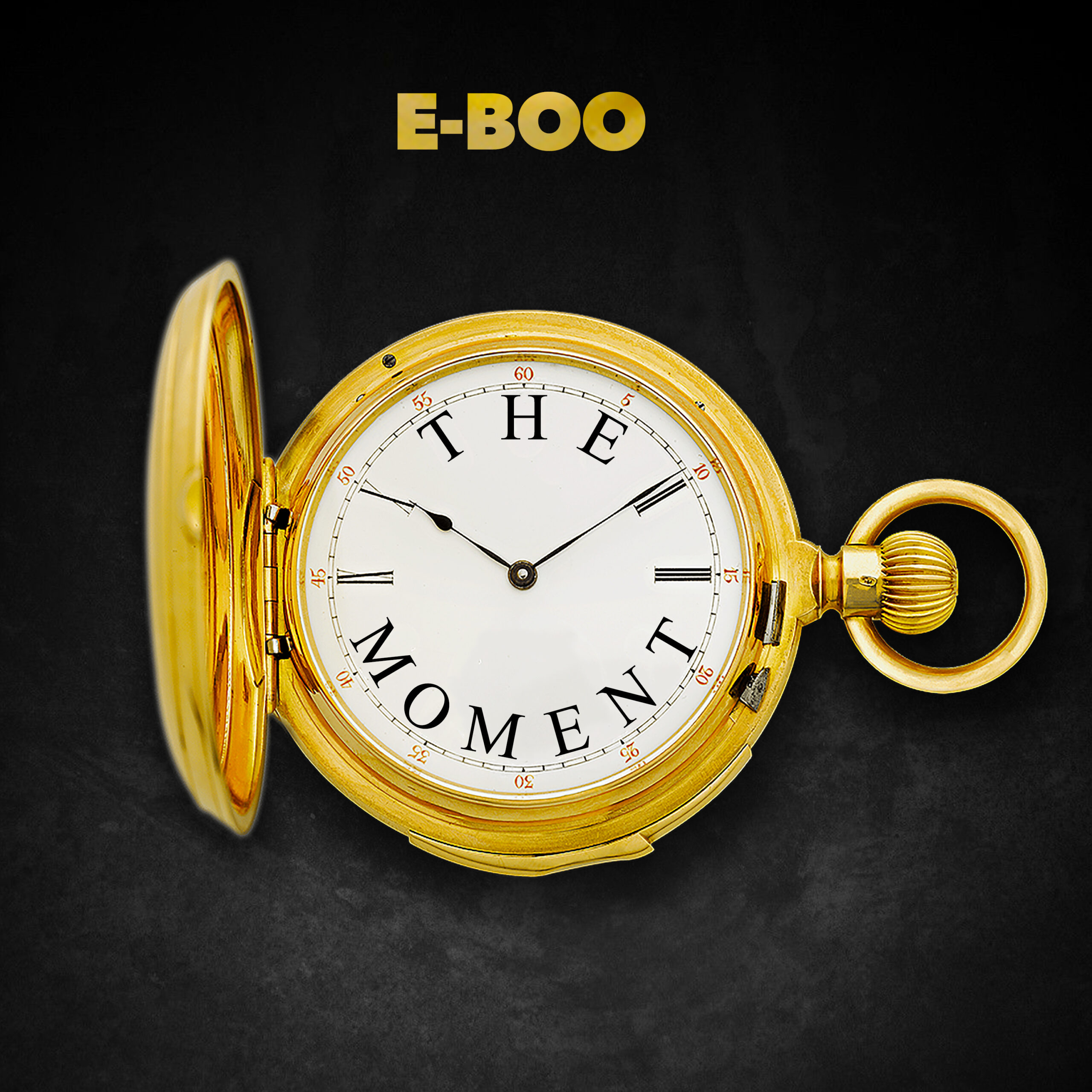 E-BOO is a rising rapper, singer, and songwriter originally from Senegal, born in Bangladesh and currently living in France, who is releasing music with the intention of inspiring listeners to pursue the kind of lives they’re seeking to live. He integrates a captivating array of Rap and RnB into catchy melodies and sounds that make his music impossible to ignore.

With the release of his first music video titled “ZFG Freestyle,” E-BOO is preparing to release his newest single “The Moment” on December 5th. The previous release shows the rising artist getting straight into his element, ready for anything that comes his way while this new single is all about taking advantage of every moment we have in life. He discusses how everything can go in the blink of an eye so it’s important to stay on top of our dreams and living in the moment.

“The Moment” captures how we can’t do life on our own and it’s through the relationships we form that help us get to the next level. He hypes us up with his soothing vocals merging with the piano-led introduction, uplifting melodies about building a life we’re proud of, and accelerating instrumental beats keeping us bobbing our heads along to the positive messages and energy-boosting sounds.

The rising rapper continues to share his cheerful energy hoping to inspire listeners to not settle for anything less than what they deserve. He has this understanding that his music has the power to change how people think and his ideas are meant to be heard in the best way he knows, which is through his own songs.

E-BOO has the ability to share his deepest thoughts and desires in a way that captures our attention while feeling encouraged to do more than we believe we are capable of accomplishing. Growing up listening to the sublime melodies of the 2000’s style RnB music that inspired him to continue making music, it’s his interest in a variety of musical sounds that allows him to put together his own songs filled with lively beats and encouraging tunes.

Moving to Paris in 2017 gave him the opportunity to study while also releasing his first EP Knock Knock, signaling his introduction into the music industry. His artistry is commendable with authentic stories combining his life experiences, encouraging messages, and untold feelings that add to his unique background and style.

“The Moment” is one of those tracks that inspires us to get up and move towards anything we want to accomplish in life because we’re the only ones holding ourselves back from anything we desire. He leaves us with this final message: live in the moment because it can all disappear at any time when we least expect.

If you enjoyed this track make sure to stream his past releases before the official release of “The Moment” coming on December 5th!