Rising rapper, singer, songwriter E-BOO finds his love for Rap, RnB and catchy melodies through the multicultural locations he’s been lucky enough to call home. Originally from Senegal, born in Bangladesh and currently living in France, E-BOO has crafted a new sound combining elements of confidence, hard-hitting facts, and inspiration that will embark listeners on a journey that will leave them wanting more.

He’s now releasing his first music video titled “ZFG Freestyle,” currently available on all streaming platforms. The music video shows the rising artist getting straight into his element, ready for anything that comes his way.

As he switches from one position to the other, he carries his baritone vocals along the Hip-Hop/Rap instrumental beat flowing in the background. The piano instrumentals added to the mix give the single a unique feeling that distinctively gives the listener a sense of calmness as he digs deeper into what this year has meant for him and his career. His freestyle is the type of work you can’t expect from other artists. It’s purely from the heart and he finally gets to share his innate talents with the world.

E-BOO raps about this year’s struggles and how he’s been able to overcome everything that has come his way due to the fact that he’s hustling for what’s his and isn’t letting anything or anyone stop him. His confidence outshines all the negativity spewed out at him.

2020 has been a year that took many independent artists out of their elements and fearing what is coming next for them but E-BOO has taken the opportunity to share how this year isn’t scaring him. He’s overcoming everything negative that’s coming his way and pushing through all the fear to continue creating work that means something to him and his listeners.

Apart from music, E-BOO creatively uses his inspired talents to take him to the next level. His appreciation for displaying the world he sees through his eyes has led him to create his own visuals inspiring others to pursue their dreams.

As E-BOO continues to hustle for his musical dreams, keep an eye out for what’s coming up next in the following year. It’ll definitely be something to look forward to hearing! 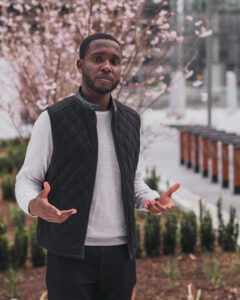