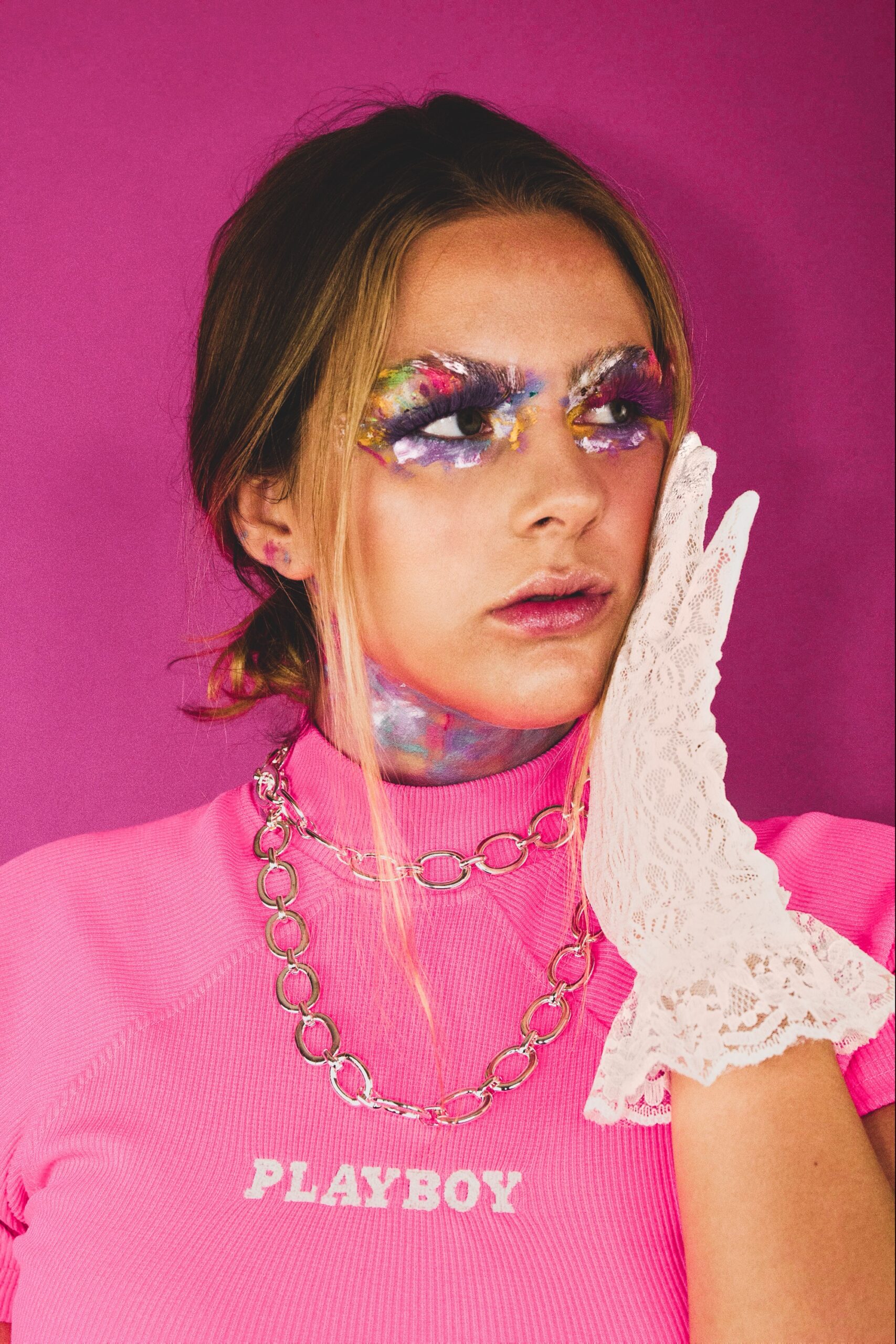 Eleanor Kingston is a 19 year-old singer-songwriter who welcomes her listeners into the madness of her mind. Her latest release, ‘Dedicated To You’, under Asylum Records and HitMaker Music Group, garnered half a million streams across all platforms with the music video amassing 200,000 views. Now, Eleanor Kingston is a true force to be reckoned with as she charges towards her debut EP release, ​​Great Kind of Madness​​.

Eleanor’s music, a mindful blend of Bedroom Pop’s fast-paced production and Indie-Pop’s lyrical universe, confronts the inner-battles of loneliness and anxiety while also spotlighting the importance of self-trust and personal empowerment. Eleanor’s honesty creates a much-needed space for listeners to relate and use music as a lens for their own self-reflection. Among the more technical aspects of Eleanor’s music are her wide-ranging lyricism and relatable tone as a singer. Eleanor’s lyrical profile resembles that of Halsey, Lorde, and Billie Eilish — a mental rollercoaster of the thoughts that rage through her brain 24-7. Even as a young artist, Eleanor captures the emotional complexities of darkness, social pressure, and personal redemption just as the Indie-Pop sensations before her. With this unwavering lyrical identity as a foundation, Eleanor capitalizes on pairing her voice with top-quality sound engineering to create a scene of dramatic emotional swells.

Gearing up to drop her forthcoming EP, Eleanor Kingston comes back into the music scene with a fiery new single and music video, ‘Meaningless’. Eleanor sings about the pressures of being a teenage girl in the digital age of beauty standards, fake friendships, and the constant pursuit of feeling “worthy enough”. ​She spotlights the struggle to feel content while also participating in self-deprecating behavior because sometimes it’s easier to feel unhappy than to confront your inner demons. A​s both a musician and a creative director, Eleanor brings her originality and her imagination alive in the ‘Meaningless’ music video:

“The simulation represents this mad world of external ideologies that are constantly forced upon us: who to be, how to act, and what to do next. No matter what I do to feel happy, society tells me that I am not good enough. In the video, even when the “experimenters” change my appearance, I am still left feeling damaged on the inside.”