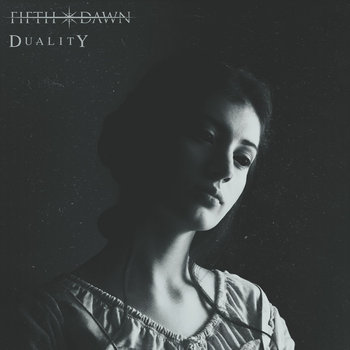 AUSTRALIAN BAND,FIFTH DAWN HAS FINALLY RELEASED THEIR DEBUT ALBUM ‘DUALITY’ AFTER COMING TOGETHER IN 2014.
Vocally resembling Paramore’s lead singer Hayley Williams, Fifth Dawn’s female lead Samantha Faul takes us to a space of wonder as she belts out powerful verses in this 10-track album. Fifth Dawn’s sound is completely rejuvenated to the younger population. It’s the combination of sharp vocals, significant lyrics and strong instrumentation that keeps their sound from being like the other alternative rock albums currently out there.
You’d notice how the songs from “Duality” album aren’t completely dark and twisted. The album is split from both past and present concepts mentioned difficult and memorable life experiences. Dealing with different perspectives about struggle, the split concept speaks about progression and how to balance the good and bad in our lives.
The second track, ‘Defying Symmetry’ was released with the band’s first ever music video back in March. The song begins with a slow piano introduction which slowly implements a roaring shout, leading to Samantha’s powerful vocals. It’s ultimately a call to wake up from a dream state through a sense of passion, similarly resembling Evanescence in their prime years.
Within the first half of the past concept, ‘Defying Symmetry’ is a prime example of the band trying to reinforce the fear of the unknown. “I feel a distance from the sane / In parallel realities / Get help now / Get me out now” calls out those troubling thoughts and experiences that do more harm than good.  It’s a call for help. We can’t help but sympathize with the lyrics because we’ve all dealt with those difficult experiences in one way or another.