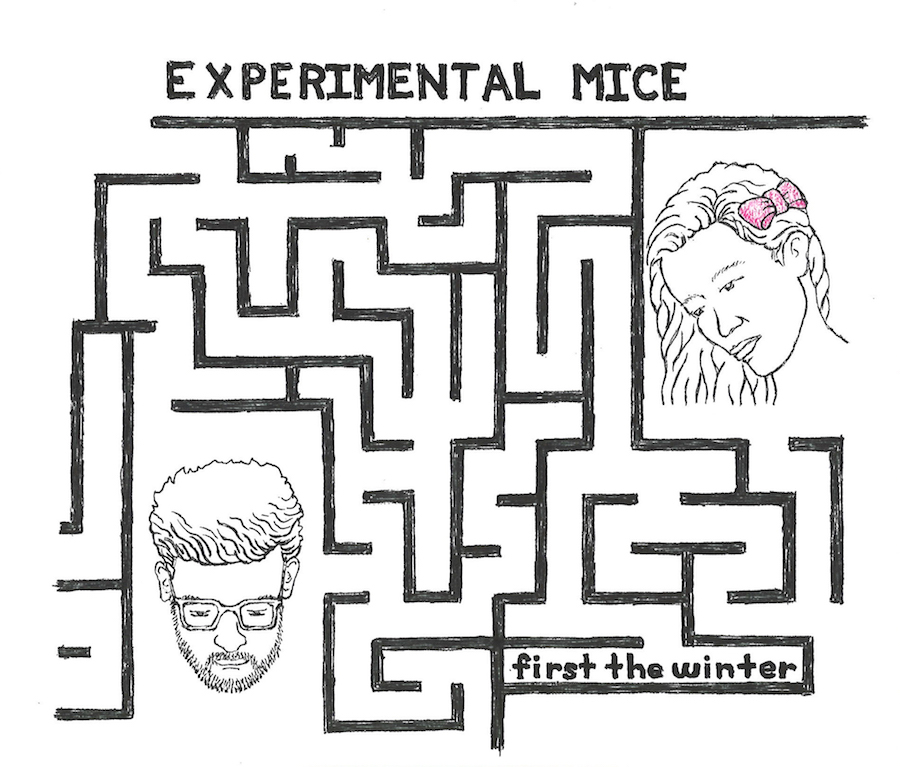 Acoustic Folk Rock duo, First the Winter,  lead with their hearts on their sleeves in the newly released single, “Same Old Story.”

Hailing from Washington State, First the Winter used influences including Damien Rice and Glen Hansard, to express  a raw, dark view of enduring a variety of love and relationships in the album Experimental Mice. Forming the duo is Jimmy Stewart and Aili Emilia, who began writing and playing music together in 2015.

The official lyric video for “Same Old Story” includes an image of the young couple by some large rocks in a beach. They’ll distancing themselves from one another as he faces the screen and she holds herself while staring at him.

Lyrically, the single discusses following a relationship similar to the past yet one partner realizes that the situation needs to change. With the use of the guitar, piano, cello, bass, drums and percussion mostly coming together all in one during the last half of the song fill the air with inspiring and uplifting sounds.

Also listen to “Same Old Story” on all streaming platforms including Spotify. This song is just one hint of how phenomenal of a duo First the Winter is together. Don’t miss out on their future releases!