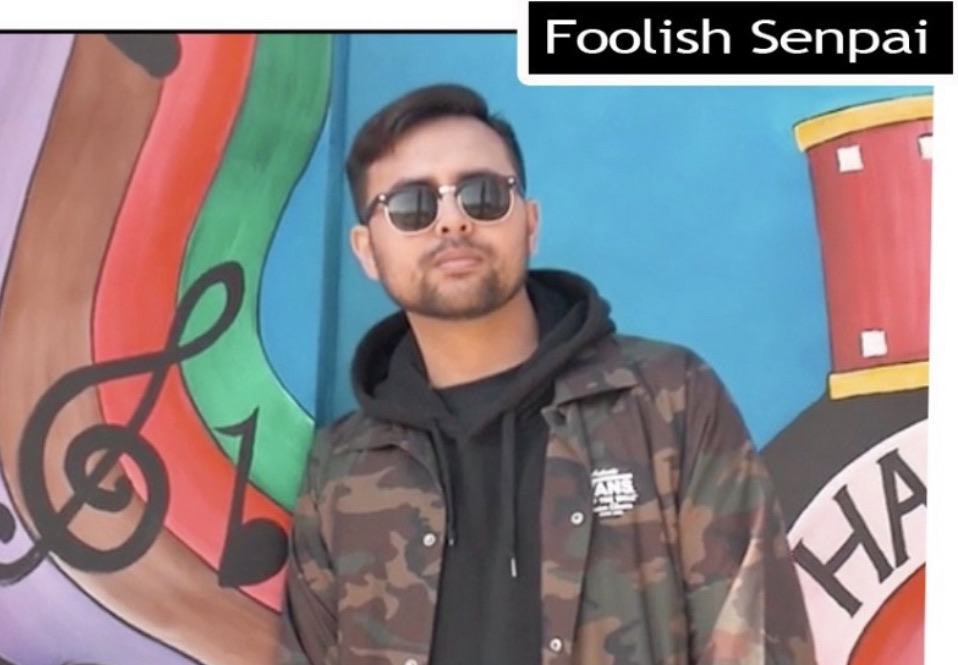 Foolish Senpai premieres a smooth new track titled “Escape My Pain” where he speaks of his pain and struggle in life. Through it all, music stays as a constant reminder that things get better.

Michael Curry, also known as Foolish Senpai, delivers a unique blend of rhymes and that began for him in 2018 while he was living in Japan. Now living in California, he joined forces to form the rap-duo Kings Don’t Die and release his own music as an independent artist.

“Escape My Pain” is just one out of many singles released that prove Foolish Senpai is the “master” or “teacher” the Japanese word “Senpai” in his name implies.

The music video for “Escape My Pain” shows Foolish Senpai with a young kid who looks like him throughout the entire video. His young children appear in the very beginning as he plays baseball with the oldest and enjoys a nice warm day outside while the calming beats of the piano and drums appear in the background.

His pensive lyricism dives deep into how life hasn’t always been easy for him as he pursued his dreams and aimed to provide for his family. “There is beauty in my struggle” he mentions in the end as he hustles each day to make his dreams a reality.

As he stays true to himself as an artist and aims to encourage others, Foolish Senpai is leaving his mark on the world with his music. Make sure to keep up with Foolish Senpai’s new releases on his social media accounts: