Halsey Celebrates 25th Birthday With Her Brother In “Clementine” 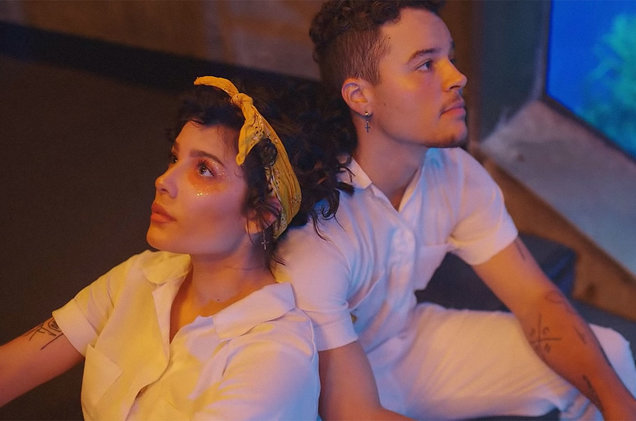 Halsey Celebrates 25th Birthday With Her Brother In “Clementine”

Halsey marks the start of her 25th birthday while celebrating with her fans with a release of a new song and music video.

In the opening credits, it evidently states the performers are Ashley, Halsey’s real name, and her brother Sevian Frangipane. After she released the album cover for her upcoming album, Manic, many fans came to the conclusion that Halsey was trying to mesh together her fake persona and her real identity and moving more towards releasing music as her authentic self. Could Manic be the start of more music from Ashley?

Exactly 25 years ago to this moment I was born. I wanted to celebrate today by sharing a new song called “clementine”🍊and a cute lil video for it that i made with my brother Sevian. Enjoy 🙂 https://t.co/1HkK3HIJrc

“Clementine” is the third single from Manic, which will be available on January 17, 2020. The accompanying music video comes about a week after the announcement of the Manic World Tour, kicking off in Madrid this February and making stops in Paris, London and concluding in Manchester.

In “Clementine,” the sister-brother duo dances in an empty aquarium to a choreographed dance. The video shows the duo in a liberated state of mind, truly embracing what it means to “dance like no one is watching.” Watch the video below and let us know what you think: