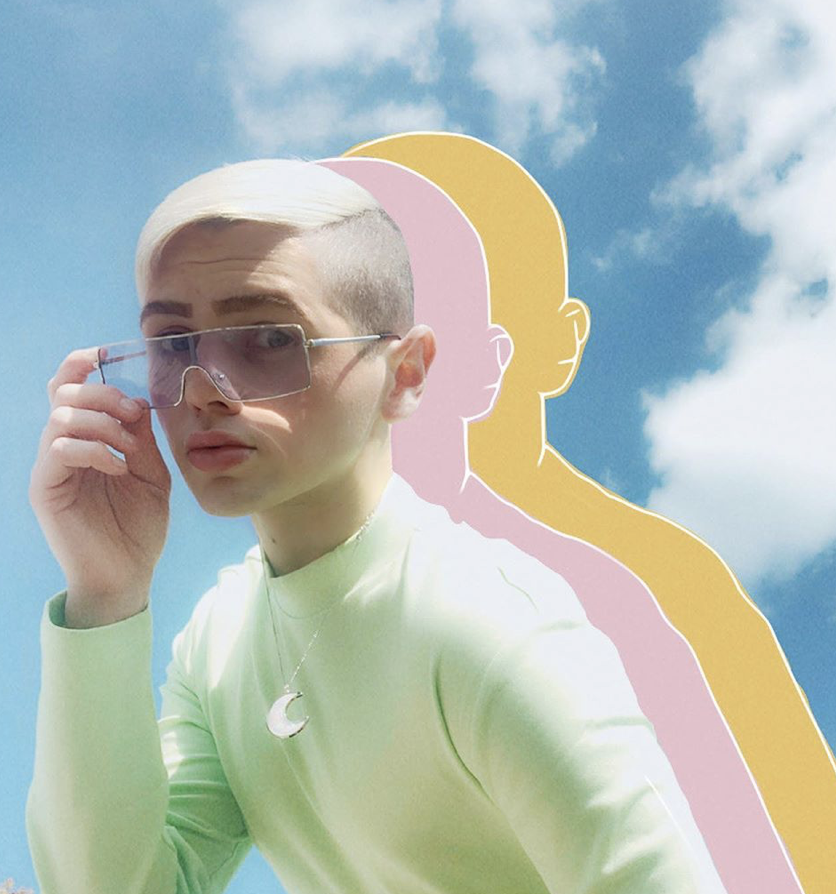 Codi Dillon is a name you should look out for this upcoming year! As the young independent artist rises in the music world, his tenacity and motivation is apparent in his music. Keep an eye out for his upcoming album titled CØLLUSIØN!

CØLLUSIØN is your upcoming album! What can you tell us about it before its release?

The album “Cøllusiøn” is a summary of all my experiences and what I’ve learned in the course of a year. I went through a lot of real things in 2019, so I made a lot of music to cope with that. Little did I know, it would carry over into 2020. It’s been just as much of an awakening and weird time of my life. I express a lot of pain, anger, confusion, self-discovery, loneliness, etc. with this record. I chose to make a dance record cause that’s how I get through tough times. I’m reclaiming my life and making it happy and beautiful with the best dance music I’ve made to date. To share some light on the title of the album, it’s simply playing off the definition of collusion. “A secret cooperation and/or conspiracy, to deceive others.” I felt very deceived and purposefully hurt by people and by life. But I was able to really dig deep and find myself again. And I want to share that same lethal confidence and courage to be comfortable and own your true character.

What’s the inspiration behind the album?

The inspiration behind this album is to solely inspire myself & others to really find who you are, and own it. And don’t let anyone dictate or decide your happiness for you.

What inspires you the most when you’re creating new music?

It’s always a plethora of new things. I have felt extreme loneliness whilst in quarantine, and I wrote a song that’s on the album called, “Sad Boi Hour xx,” that talks about that. I have also have been feeling liberated to want to stand up and be a voice for change and lead others to do the same.

What are some of the challenges you have faced as an independent artist?

Everyday is a challenge as an indie artist, you either not get taken seriously or not seriously enough. It’s a constant battle of trying to gain volume to my craft. I used to be so focused on what other artists were doing and how they got to that place they were in, that I lost touch of the true meaning of what i do. So I had to align myself back to the route of what my journey is. I get excited as an indie artist because there is no rules. Of course, there is always a suggested path we should follow, but what I do is not “the norm,” neither is my message. I think overall, it’s just a challenge to break through and gain a following or be noticed in this dense industry.

You’re currently preparing to film the music video shoot in June for your upcoming single release. Is there anything you can tell us about it?

Yes! I am super excited for this video, and can’t wait to share some dope visuals with my fans! This has been months in the making and I really think it will put me on the map, and gain some attention that it deserves. The music video is inspired to relay the message of reclaiming your independence and to not let a relationship or a lover get in the way of that. It’s about domination in the best way, and just feeling sexy and comfortable in your skin again. It’s very dark scenery, with bursts of light, and high fashion.

Who has made the biggest impact on your life so far, and how?

Such a tough question, but I’d have to say Lady Gaga. The message and the person she is so admirable. She is ruthless in her craft and will stop at nothing until she achieves what she sets out for. Also, her philanthropic work is so incredible, its everything I hope to achieve in my career as well.

How did you first discover your musical sound?

I searched for years trying to find, “my sound.” I think it kind of comes naturally. My voice went through so many changes, I would get discouraged that I wouldn’t be able to live up to the hype I wanted to. But I practiced and would work on the techniques needed to keep my voice in shape and where I wanted it to be. Everyone would always tell me for years, after a performance, that I had a “unique voice,” or that it was “different.” So I wanted to keep a unique sound. I think about when I first moved to Nashville at 19, I really found my sound and what I was looking for. I experimented for years, until suddenly it was hear.

What would you say to other rising artists who are starting their musical careers?

Don’t loose sight of who you are and what pushed you into this direction. Why are you doing music ? What is the overall purpose of why you are doing it? Also, never give up. It will take ALOT of work and time to be heard, but keep at it. As well, just be yourself, don’t fake a persona of something you aren’t. People want authenticity and someone they can relate to!!

Well I hope to release the first single from the album, in late June! Followed by the album release in late summer 2020. I hope to film some more visuals for these songs on the record. As well as, hopefully playing some more shows and traveling and playing new places if odds line up in that way!