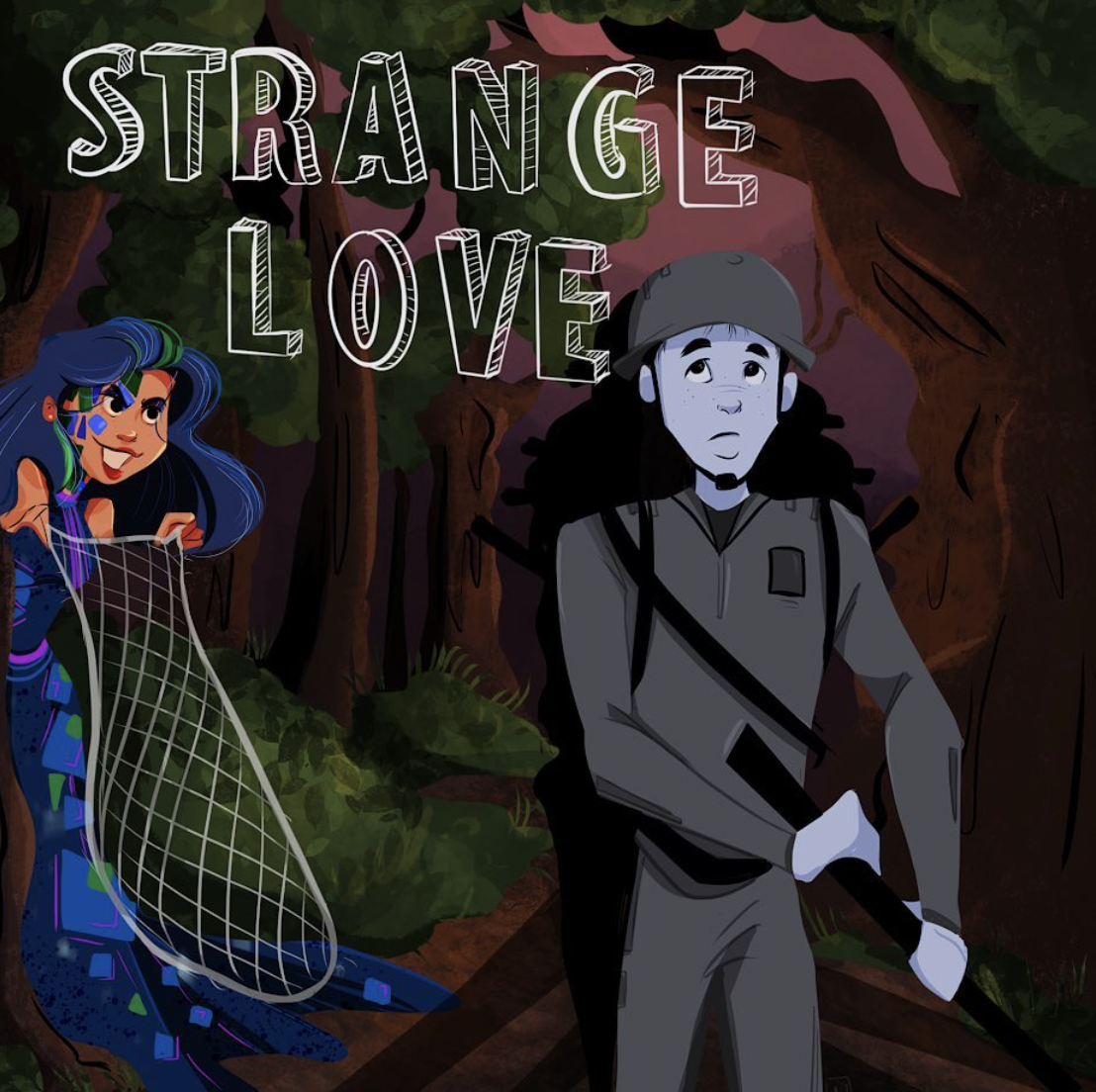 A true storyteller in the midst of these chaotic times comes as New York based singer Ilandria releases “Strange Love” with a curious and creative take on a relationship. Read our interview where Ilandria breaks down her newest single and prepares to release more music later this year:

Thank you for speaking with us! How’s everything going?

Not a problem at all! Right now the earth is crazy, but I’m trying to make the best of a tough situation.

Let’s discuss your newest release “Strange Love” – what does this song mean to you?

My new release, “Strange Love” is about my imaginary, dreamy world of love. It’s about an other-worldly creature falling in love with someone who is just as weird. I dedicate it to all of the couples who find each other through their strange habits and interests. It’s other-worldly but it’s realistic – we are all a little strange and have to find the right kind of strange for us.

I was imagining myself creeping through a forest while being hopelessly in love with a person no one understands but me. In a perfect world, he would come to my planet and we would live happily ever after in our strangeness, so it was an escape for me, putting myself in that world while recording the song.

Your music creates a sense of escapism, taking listeners into an alternate universe where anything is possible. What inspires you the most when you start writing new music?

Yes, I always seem to gravitate towards alternate-universes, I enjoy the escapism. I’m a big fan of Disney, Sci-Fi Fiction, and Rick and Morty! Every single song I’ve written has been because of an event in my life. I’m mostly inspired by my memories that have had a deep effect on me. I’m always trying to turn my memories into songs because I feel that at such a young age, I’ve already been through so many experiences that I want to share.

With successful past releases like “Little Eyes,” “Let Me Stay Awake,” “Abduction,” and “I Don’t Belong Here,” how would you describe your music?

I would describe my music as eclectic while always having a bit of a dreamy aspect to it.

What are the biggest lessons you’ve learned from the Miami music scene?

Always embrace your culture – it’s what makes you, you.

With all of the recent changes affecting musicians everywhere, how have you been able to keep your connection with your fans going?

Social media is the best outlet for communicating with fans. Fortunately, it’s not like the old days where the only way to get in touch was through hanging at a show backstage, we have alternative options.

Is there one song (either yours or from someone else) that’s most meaningful to you? Why?

Yes, I love “Azul’ by Natalia Lafourcade – that song, to me, is daisies and tea on a cool evening. It embraces poetry and describes being in love in such a beautiful manner.

I’m a big fan of Laurie Anderson, Melanie Martinez and Shakira in terms of artistry. I grew up listening to such a wide array of music. Rock n’ roll, Salsa, Boleros’ and Pop. I like to experiment with different sound from alternative genres to fuse a little science experiment for a song. It’s my favorite process.

So much more music! I’m so excited to release everything I’ve been working on for the past three years! Stay tuned 🙂