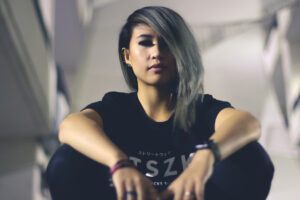 Thank you so much for joining us! Tell us a little bit about your background.

Hey there, I’m Janel Nabong and I’m a singer-songwriter from California.

Congratulations on the release of “Temperamental”! What was the process like when you were creating the album?

It took a little over a year to create the album. For each song, I would compose and produce the music on my computer, then I would write lyrics to the song, record myself, and mix the tracks. Then once the audio part was done, I made decisions on how the art designs would look like and make sure everything feels right.

What does this album mean to you?

It’s weird, because listening to this album is the same to me as looking in a mirror. This album is very personal and I write about my own personal struggles, but also about what helps keep me going. When I go through something very difficult, listening to music and to some of my favorite artists have saved me so many times throughout life, so in my mind it became very important for me to write music to not just express myself and speak my thoughts, but if I can help just one person on the other side of the world, even if everyone else hates my music, then it will have been worth it.

My favorite song to put together would probably have to be “Mr. Time”. Producing the sounds in that song gave me a real rush while I felt like I was able to paint a story with the lyrics, in a way that sends a message to the listener. My least favorite to put together would probably be “Manic,” because there were just so many instruments and plugins that I used that my computer kept crashing lol. I loved the final result, but the journey there was definitely a long one, lol.

Which song on the album has the most memorable story for you? Whether it’s the writing process, recording sessions or release of the song.

“Hear Me” is probably the most memorable, because it’s my first single that I have ever released. I released it first back in 2019, but it was included in my Temperamental album in 2020. I remembered being so overwhelmed with happiness when I released my first song, because it felt like I accomplished one of my very important dreams.

Your music blends an adventurous mix of synth pop, electronica, trap pop, lo-fi pop, and alt-rock sounds to create a uniquely addictive sound! How do you know when you’ve found the right sound for a song?

Ok, so this question is a bit difficult to answer, because I don’t really know how to properly explain it lol. It’s strange to say, but when I have found the perfect sound or perfect lyric to use, I feel a ‘clicking’ feeling in my head that lets me know it is the right one to use. Kind of like that satisfying feeling of ‘clicking’ your seatbelt buckle together to let you know that you are now secure. In order for me to feel like something is right or perfect, music-wise, I have to feel that ‘click’. If I don’t, then I need to search for something else that will give me that feeling.

They probably don’t know that I have a video in my YouTube channel where I have a dinner date with my dog, Koda. Lol.

What were the biggest initial hurdles to pursuing your musical dreams and how did you overcome them?

I have wanted to make music ever since I was young, but I didn’t know how to properly sing, compose, write, record, mix, and distribute it. So growing up, I started taking singing lessons, and Brett Manning, who is my current vocal teacher now, was the former coach of Leona Lewis, Taylor Swift, and one of my favorite singers, Hayley Williams from Paramore. I also took classes on how to write lyrics and structure a song. I interned and worked alongside an audio engineer that I looked up to and learned how to find and use my preferred DAW (Digital Audio Workstation) to create music, and how to record myself and mix my tracks. Then I did research and found out different ways on how to distribute my music, and finally, my album ‘Temperamental’ is now out.

You also have a wide variety of merchandise products available for your fans. How did you first get started with this?

I actually designed and put together the site and designed all of the merchandise items myself. To me, if I wouldn’t wear it, then I won’t sell it, so I have tested all of the items I’ve designed and made sure that I loved it way before it ever even made it to the site. It’s actually been a really fun process.

Is there one song (either yours or from someone else) that’s most meaningful to you? Why?

The songs that probably means the most to me are two of my own songs, “Breathe” and “Mr. Time”. “Breathe” is a reminder to me that sometimes when things get really difficult, and I just want to give up, sometimes even just breathing itself can be difficult.. but if I just do that and don’t stop, then things will be ok. “Mr. Time” is a reminder to me to cherish who and what I have, and to not take things for granted. In the song, I am having a conversation with a character named Mr. Time, and I’m asking him to help me go back in time so I can fix all my regrets, and he sadly tells me that it doesn’t work that way, and that you have to appreciate and cherish what you have while you still have it, because you don’t know what will happen tomorrow.

There are so many artists, for so many different reasons. Some of those artists that have really made an impact on me are Linkin Park, Eminem, Toto, Boston, Paramore, Twenty One Pilots, Halsey, Melanie Martinez, San Holo, and more.

What advice would you give to someone interested in becoming an independent artist?

What would you say was the single most influential factor in your success?

The love, support and encouragement of the people around me. I’m so thankful to them.

What do you want your fans to take away from your music?

You’re not alone, we will make it through together.

I would just like to say thank you for having me! 🙂

For our final question, where do you see your career headed in the next 5 years?

Making and playing music for myself, and also for millions of people, and hopefully reaching people’s hearts and minds and encouraging them to be strong and to keep going. 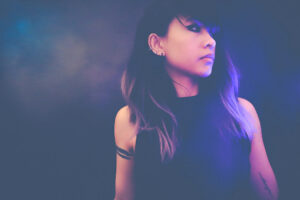