Keep an eye out for K3, coming up this year with new music after the release of his newest single “Entanglement.”  Here we discuss what’s coming up next, EP “Quarantine & Chill,” and constant inspiration from artists like 6lack, Bryson Tiller and PARTYNEXTDOOR.

Thanks for joining us to discuss your music! You’re currently thriving off the release of your latest single “Entanglement,” what else do you have in store for the rest of the year?

For the rest of this year I am doing a lot of creating and planning for the next big release. I plan to release a project next year. Besides working on visuals, I plan on spending a lot of time adding more to existing songs and finishing ones that were never completed. I like to pick at least 30-40 songs I enjoy and then sit with my team and figure out what the top ones are. My birthday is also in September , so I may release a couple of songs for my fans to last them until next year.

Let’s discuss your newest single “Entanglement.” What was the writing and recording process like?

This song was actually an in the moment type thing. I saw that the topic was trending on social media really heavy so I decided to make a song about it. I started going through beats and I found one that was real smooth. I caught a nice flow with the first verse just mumbling. Usually when I catch that first melody I know that I’ll be able to finish the song fairly quickly. I’ve had my fair share of relationship issues and I have been on both sides of “Entanglements”. With this song I wrote from the perspective of Jada in her situation. I recorded it pretty quick at my home studio and released it the next day.

2020 has been a long journey for many artists coming up in the music industry. How has this year changed the game for you?

This year has definitely been a game changer for me. I usually record with my lead engineer Jameel “JahGotTheJuice” Miller, but during this quarantine I bought my own studio equipment. I was able to really lock in and polish up my sound. The process of recording myself allows me to be more creative. I think I’ve made a big jump since my last release in 2019. This year I was able to add more to my bag and be more versatile with my musical approach.

I would describe my sound as intimate and transparent. I am very open with my music. I like to express how I really feel . I am also up and down with my emotions. One day I could be feeling like the most confident, arrogant person and the next day I could be in my feelings. I would describe my sound as the same. You may hear a song by me over a trap style beat spitting bars, then the next you may hear me singing over a dark r&b instrumental.

See also  Pistol For Ringo - "Case of the Tuesdays"

What works best for you when creating new songs – Freestyling to put your thoughts together or sitting down and letting the words flow to you?

My creative process definitely varies depending on the type of song I’m making. There are times when I know exactly what I want to talk about and there are instances when I let the production lead me to a finished product. A lot of my hip hop songs I write and maybe freestyle a melody for the hook. Almost all of my R&B songs I freestyle and let the words flow to me.

How do you know when you’ve discovered the right beat for a track?

As soon as I hear the beat, if I can start mumbling a nice flow or dope lyrics I know that it is a good beat. If ideas start flowing immediately,  I start my recording process before even letting the beat finish playing.

Who has made the biggest impact on your musical career so far and how?

I would definitely say Drake has been my biggest impact on my musical career so far. I think him being so versatile and elite at both singing and rapping has been impactful to my creative process. Also seeing his consistency through his career has been extremely inspiring. It seems as the years go he continues to deliver quality bodies of work. Any time I am releasing music I always try to outdo him. In my opinion he is the greatest artist ever , and I aspire to be just as great as he’s been.

I am most proud of my collaborations on my last project “Love Tape” in 2019. I was able to feature two talented artists that I was a fan of before I even started making music. I collaborated with TyUS on a song titled “Let Me Know”. He is a well known r&b artist out of Portland, Oregon formally signed under Warner Music Group. I was also able to feature Ye Ali on a song titled “Love Tape”. Ye Ali is an artist and platinum producer. He has worked with artists such as Chris Brown, Eric Bellinger and Tory Lanez. I think these collabs were big for me, especially since I received them so early in my career.

See also  Interview: Mark and the Tiger Chats About His Musical Journey 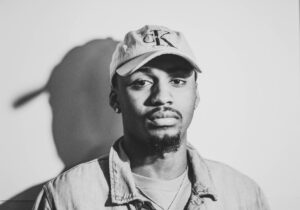 Your EP release “Quarantine & Chill” is straight up fire with doses of honest, relatable thoughts flowing through each track. What was the overall inspiration behind the EP?

This project was honestly for my core fans. I had not released any music in over a year at the time. I had a lot of fans asking me to release so I decided to. I wanted to give everyone at least one song they could enjoy with this EP. “Truth Be Told” and “First Place” were more so for the fellas. The production is up tempo on those and I am delivering with a lot of energy. The other two records “Don’t Hurt Me” and “Unnoticed” were more so for my female audience. Those tracks are smooth and intimate. “Unnoticed” is actually the first R&B record I’ve ever released.

Which track of yours means the most to you and why?

All of my tracks really mean the most to me honestly. If I had to choose one that means the most though it would probably be “Midnight Thoughts” on my last project LoveTape.This is my most conscious song in my opinion. I really opened on how I feel about balancing my music career and my love life. I remember my lead engineer and producer Jameel “JahGotTheJuice” Miller made the beat for me. I asked him to sample Janet Jackson’s song “Would you mind”. He flipped the sample perfectly. I remember writing it in my car after a night class my junior year of college. I just had a feeling when writing that one that I’ve never felt with any other song.

If I could collaborate with any artist it would be Drake. Besides the fact that everything he touches becomes a hit, I would love to just be in the studio with him and pick his brain. He’s my biggest inspiration musically and I’d love to learn as much as I can from him while collaborating.

The most recent body of work that has inspired me is Brent Faiyaz’s latest release “Fuck The World”. He’s one of my favorite artists. I love how he kept the project under ten songs and was able deliver a cohesive body of work. Many other artists inspire me as well such as 6lack, Bryson Tiller and PARTYNEXTDOOR. 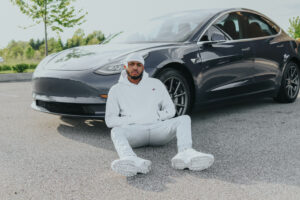