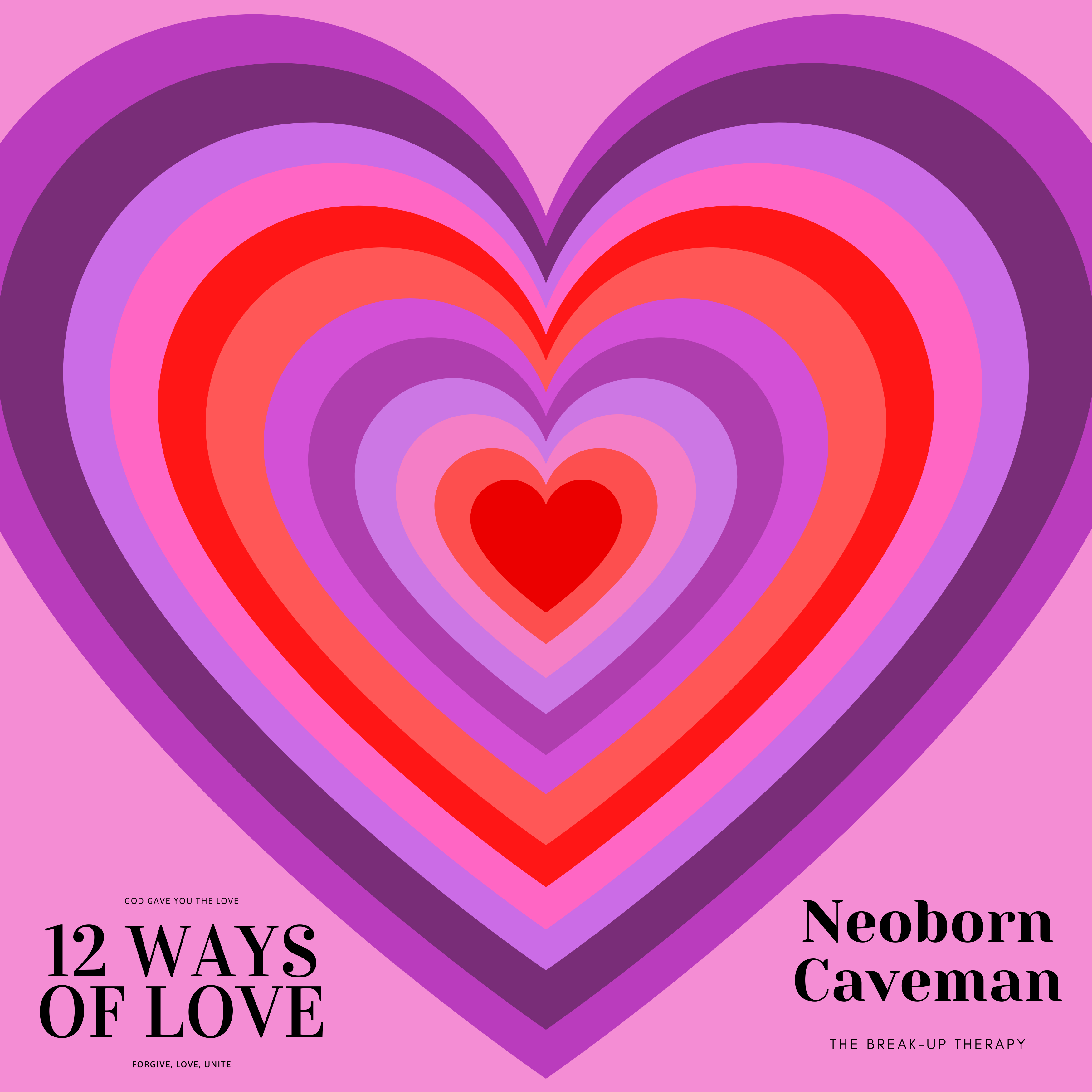 Neoborn Caveman joins us once again to share news on the release of his summer release “12 Ways of Love.” An avid music lover, he creatively combines his interests in music and other creative pursuits to create his own web series. Learn more about Neoborn Caveman here:

Thanks for joining us once again to discuss your music and upcoming projects. What are you currently working on?

I’m glad to talk to you, too. Actually, my latest single, “12 Ways of Love” has just been released worldwide and it is gaining a momentum as we speaking. You know, this song is about the true joy in the world we all long for, a place where not only equality but true and actual interconnectedness for the whole exist and it’s also about a possible way to attain it through forgiveness starting from inside to ourselves and learning from our mistakes, love based on meaningful deeds and unity for moving on in a more grown and complete level. OK, now it might sound over the top, but actually it isn’t if you think of it. The world has seen way more than enough suffering and endless repetition of self-indulgence in this numbness of ignorance. And if you look at history: religions and philosophies could bring us up to a point as well as science. One is blind the other is purposeless alone by themselves. Establishments couldn’t live up with their chances. It’s our time to see the uniqueness and specialty in each other are lights and hopes to leave the darkness and our differences can and will make us united. We are the watershed to make it right, what was not before. And “12 Ways of Love” is a truly joyful song to sing for our children and our children’s children.

Now, as a thank you for the many listening, a summer farewell song “Now I’m free” is coming out later this month and a secret (so, see my Twitter for that…)

The anime music video for your latest song “Echoes of Life” displays the power of forgiveness and letting go, pain and healing, and of love. Why did you decide to illustrate your songs in this way?

It came as an experiment for me. I got to know the AMV subculture and in a way it fascinated me. Not that I’d agree with all the artistic expressions can be found in it but the very idea of having a chance to be able to communicate in a new cultural language transcending any man-made borders that’s an amazing chance for which I’m truly grateful. As for the other part of the question, love and war have always been together since the very beginning of the history – and right now I hope we can teach ourselves what true forgiveness is and be a better version of ourselves. That’s the first step to experience love in a more wholesome way.

Why do you think people seem to become very attracted to these themes in songs?

Because we all have a genuine inner need of true joy, abundance, freedom and trust in that our happiness will last and expand. Yet, we are way too familiar with bloodshed and accepting pain as a natural part of life. Wars always start out from deep inside, spreading in concentric rounds. The very same goes for absolute love too, however, while the former can work by itself, the latter one can exist with a counterpart only. To put is short: love is an action for the common good and each and every one of us is eager deep inside to experience it more than going back to the old ways.

There’s a web series currently in the works. What can you tell us about it?

Oh yes. I’ve just finished writing and directing the first season of “Somebody Is Living My Life”, a positive and ironic parable on our everyday life – and I’d like to mention the talented Paul K Stadden and Josh Bovington who were instrumentals in it. It’s a modern take and paraphrase of how we are only spectators of our lives in this numbing and dumbing down all around. Tears are the closest way to each other’s heart and that can be reached either through laughter or pain. I’m opting for the first one.

Actually, the worldwide release is coming soon, with very special editions in which, well, let’s say, that will be something really different and more artists involved…

Could you elaborate on the thought process and overall process that went into creating this web series?

Well, life has changed quite a bit around us, hasn’t it? We all need to adapt at least for a while but we are not supposed to stop living, dreaming and creating. This webseries was born in an unusual way. We made the movie literally in different countries without having even met in person. I’ve come up with an idea, Paul (Paul K Stadden) added his own take, it came back to me, I responded and so, this way we’ve become like a modern day “Yello” plus there was Josh (Josh Bovington) having a blast on a tree or at the Thames… I’m just kidding of course. It was a lot of love and a lot of energy for creating this and somehow everything fell into the right places. I feel there was guidance from above for this. I was really thinking of the people who might have some better times by watching these episodes.

People change, transform, become relieved. There was a time when I witnessed it at first hand, in front of my eyes. Nowadays fellowmen, fans, musicians write and share their heart or say thank you – and encourage.

As a pastor do you integrate your own songs into your teachings?

Yes. There is one me, and this is me.

How do you create a balance between being a pastor and an independent artist?

Just like in the Nature, sometimes you go up sometimes you go down when you hike. Just like when you breathe, there is a time to inhale and to exhale. Just like the ocean waves coming but also pulling before bit. It’s about balance, the right rhythms, resonance. And I feel, as a special grace, this is what I can be a more effective instrument.

How much freedom does working as an independent artist give you as an artist?

It’s a good question. On the one hand it gives total freedom and full control over artistry on the other hand it’s always a big question how to make a whole system for and by yourself when you are your own life-support, too. It’s really important to be self-reflective and keep it real.

Who are you listening to at the moment?

I’ve just curated a few playlists with indie artists and I’ve learned so much. Sami Choffi has a new album “Extraordinary World”; Steven Mark has just released a new EP; Lucy Racquel and Me has a few songs growing on me; Ben Lorentzen, my gosh, just heard a bit from his upcoming album; just to name a few – never even ask me about Grace Can’t Play Guitar and their Narcotica or Sugar Junkies’ Pray. Come to Music Authentic site for more truly unique names! (www.musicauthentic.com) But for sure, David Bowie, Sting, U2, The Rolling Stones or early Led Zeppelin and Deep Purple as frequent as Pachelbel or Bach with occasional The Clash or Placebo. Have I said The Queen?

Would you say social media is making it easier or more difficult for emerging musicians to get discovered?

Definitely easier. And if corporate greed didn’t take this over it would be truly awesome. But they do, so, it’s way more than a challenge lately.

To answer that, check on Music Authentic Toplist on Spotify and the Undiscovered Awesomeness list.

When did playing music go from being a hobby to something more serious?

I never have hobbies, I always tend to be very serious – maybe a reason that only a few smiles when I’m joking – and I fully invest myself into everything. Reverend Moon’s life taught me to bring it on, to pour out with excellence. So, I’m trying to do that. And now, this is more serious than ever since we’ve come to a place where there is no more time to make a lasting change for each and every one of us in this planet. Artists, musicians need to stand up and be true prophets and caretakers of this world.

Is there anything else we should know about?

New album “Mirrors Have Just Muted Cries” is on the way by Neoborn Caveman.