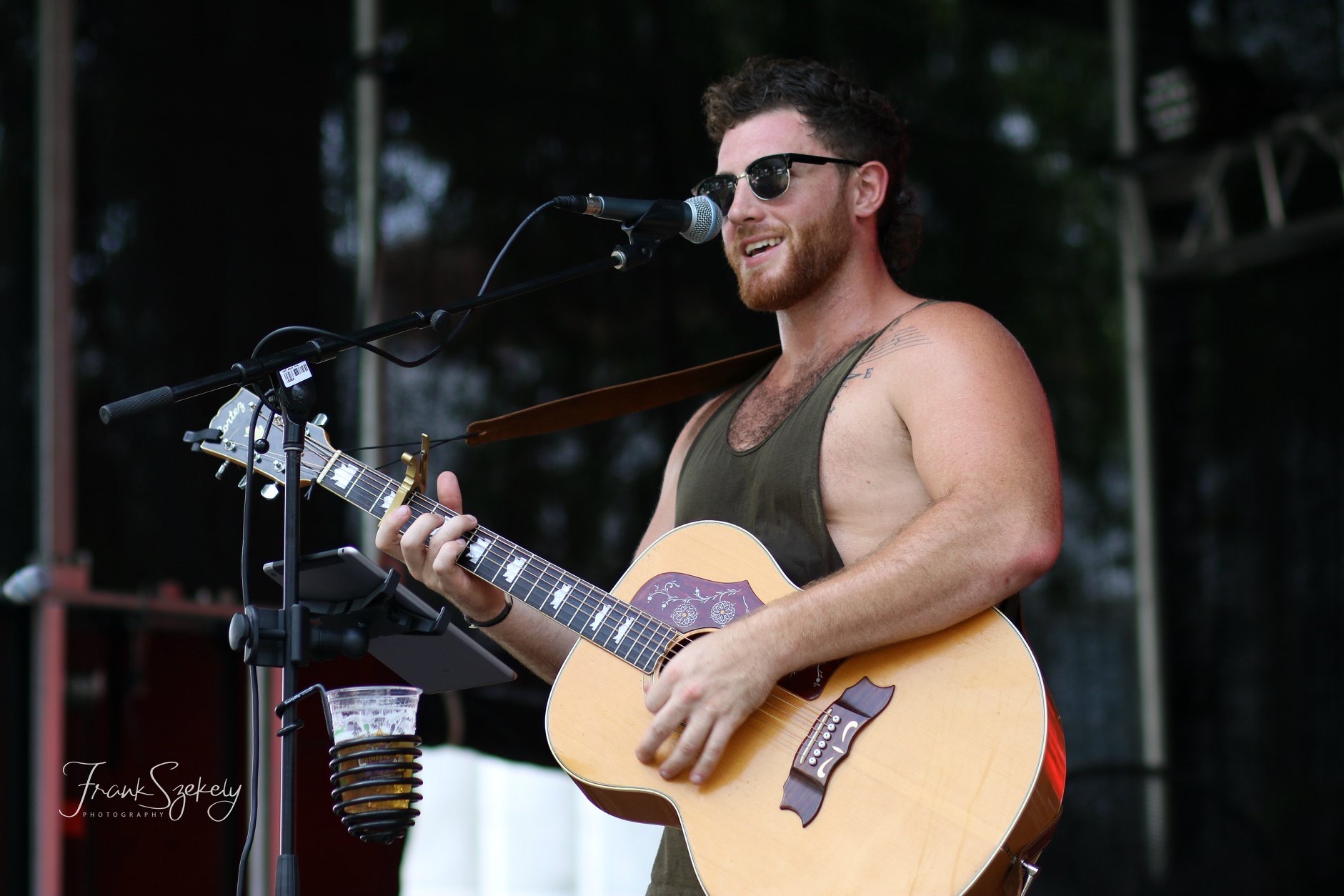 Nick Walker is just getting started but he’s definitely leaving his mark on the music industry. His vibrant sound will leave you dancing and waiting for more! If you haven’t listened to “Smooth Sailing” yet, make sure to check it out!

Congratulations on your new single “Smooth Sailing”. What’s the single all about?

My new single “Smooth Sailing” is all about what it sounds like. Smooth Sailing out in the heat on a summer day just kicking it back. We were hoping for a song that really encompassed all of the great things that summer and the water brings. Plus, I got my buddy Adam Rausche to play some harmonica on the track to really drive the thing home.

It’s definitely a summer anthem! Was that your intention when you first started creating this song or did it naturally happen on its own?

It was funny when Jutt and I started writing the song because we really had no intention or direction. I had a little riff that I was diggin on and then Jutt played something on top of it, and then came the chorus. We kind of both said “Wow this sounds like it should say “Smooth Sailing” and then the rest of the song was built. His wife at the time had just left the house with her tube to go float on Percy Preist Lake in Nashville, and we kind of wanted to get our write done so we could join her! Once we finished the chorus, we knew we had something special then Jutt had some great and hilarious lyrical ideas that we just kind of ran with, and then the rest is history.

You created a fundraiser to come up with the funds to film the music video. Have you started filming yet?

Yes, I created a fundraiser for the song and we did start filming for it. Things are coming along really nicely and I am so excited to announce it to everyone. We basically just brought a film crew along to one of our boat days in Key West. That’s what Smooth Sailing is all about.

What are you planning for the music video?

As far as my plan for the video, I really just wanted people to see this thing, and then go out and have their best version of Smooth Sailing that they can. With this lockdown and everyone staying indoors, I hope this can bring some positivity to all of this and hopefully be able to break some cabin fever.

Catch us up with your life! Are you currently working on any special projects?

Yeah my life is pretty busy right now and i’ve just trying to get caught up on it all too. As far as projects, I’m working on writing a few more songs to get together for an album/EP in the near future. Other than that, I just got back up to Ohio to play a couple solo gigs around here, then travel with it. I’m planning on making my way down to Nashville, Myrtle Beach, Panama City Beach, Daytona and a little island in Lake Erie called Put-in-Bay for the summer. I love to travel and play my music for new people so I’m really excited to get back on stage again.

I guess if I were to describe my music, I would definitely say that it’s been influenced by what new Nashville has been doing to music. Country Music used to (for the most part) have a fairly uniform sound. My music and what’s to come is being influenced by my surroundings of Key West and adding some untraditional sounds to it. I’m heavily influenced by just about anything that Jake Owen, Sam Hunt, Zac Brown and a lot of the new emerging artist are doing. Basically singing the same message, but just adding a little bit of a different sound to it all.

What inspired you to start creating your own music?

My ex girlfriend actually influenced me to start creating my own music. Sounds cliche I know, but it wasnt until after a breakup a little over two years ago that I really started trying to write music. I had done just about everything that I could do to get her back, which wasn’t working, so I figured maybe I could try to tell her how I felt in a sappy song I wrote called “I Can’t Make You Love Me”. I went to an open mic night to play it for you, and basically ended up getting a gig out of it. One of those turned into two, two turned into being booked all summer and then realizing people actually liked my music. It kind of all just happened at once and I fell in love with it so fast.

My writing process really is evolving and its basically always changing. I’m still playing catch up to all of these musicians who have been doing it their whole lives so I’m trying to learn from them. What I’ve found decently successful is typically writing a hook. Pretty much the title of the song, or the end of the chorus. The, “Ah-ha” moment of the song is what I think of first. Then I sort of try and write my way around it. Which typically means i’ll finish the chorus, begin to sing it, and then work from front to back to tell the story. So far that’s been successful but theres never a “one-size-fits-all” for this type of thing. That’s why I really enjoy what I do because theres always something to learn. Theres never a dull moment and theres never not something to work on.

Which artists do you mostly identify your music with?

Like I said, I really love the new style of country music. It’s hard telling what artists that I identify with, but I have been influenced by a lot. The Cadillac Three is a power trio that plays a lot of Southern Rock and has been one of my absolute favorites since the beginning of me even listening to music. They seem to have a lot of ZZ Top and Skynyrd influence. Then on the other hand I love Jake Owen and Kenny Chesney that sing a lot of the beach country, so you could say I’ve been influenced by a lot. Then theres the songwriters who are absolutelty amazing, that are on the current country radio. So I really dont think I can say there’s many artists that I can “identify” with because like I said, it’s changing so much.

Thank you for taking the time to answer our questions! What can fans expect from you this year?

Fans can probably expect a lot of social media presence from me this year. I will be traveling a lot so I don’t know how much more music I will be able to release but I definitely will be playing a lot of Facebook and Instagram Live from wherever I will be. I really have enjoyed during this shutdown the ability of connecting with new fans and people across the country so I really plan on keeping that up! 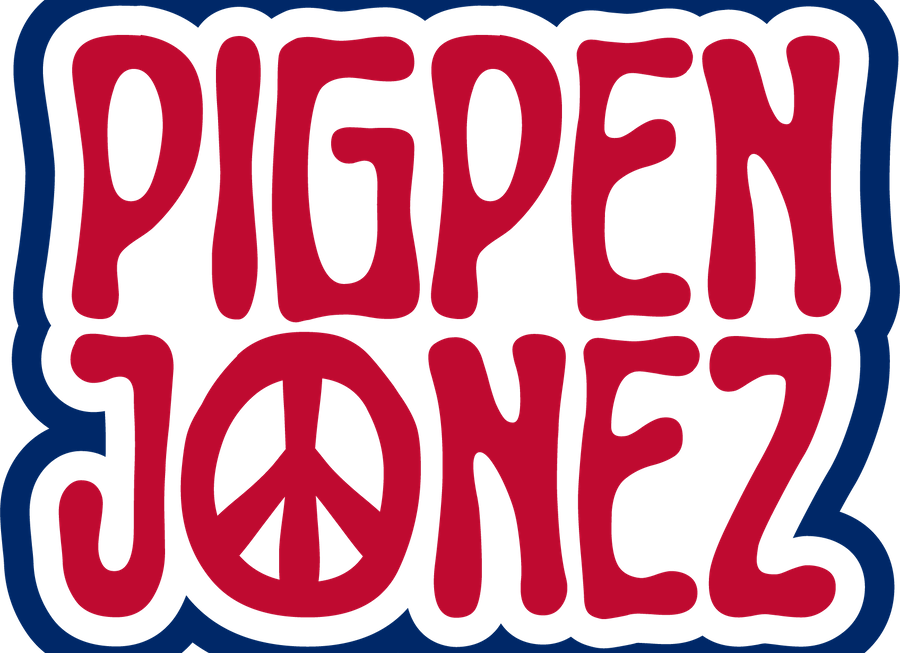