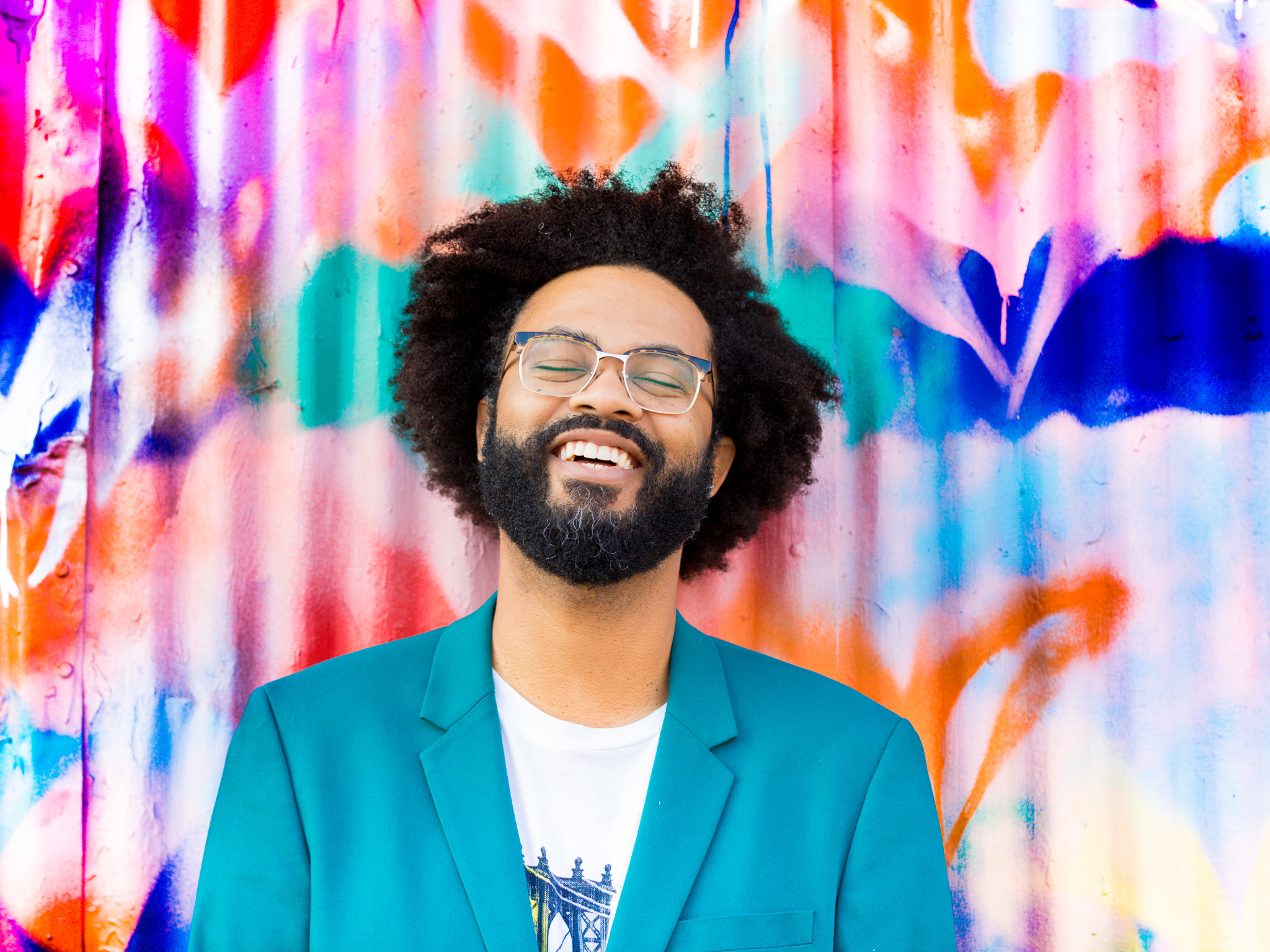 In our interview, Reverend Doctor displays his inspiring love for music that transcends through a variety of musical genres, which he’s also taken the time to discuss in his own essay about it called “Your Music Genre is Racist.” Read on to learn more about his musical style and what’s coming up next:

We are stoked to have you today. Tell us about your fall season so far! What are you up to?

Music Trails! Thanks for having me.

Isn’t that the million-dollar question: “what are you up to?” I could regale you on the fact that I’ve dove head-first into the Japanese Power Rangers (Super Sentai) or I’m slowly learning to create the perfect Keto Pizza (I’m learning: fewer eggs, more almond flour, savory and sweet toppings…) but I gather you mean musically and professionally!

Musically, I’ve started performing live though only a little. I’ve started busking in various locations around the greater Southern California area like Venice Beach and Little Italy in San Diego. I’ve also played a few very small outdoor socially-distanced gatherings. These are gatherings of 4-10 people, family, neighbors, etc. Being a solo musician, and a bit of a one-man-band with my live performance makes me infinitely flexible. I can fit places easily and can create a very relaxing vibe pretty easily.

One of the things I’m struck by is how grateful everyone is for music. Several times during each of my performances, people have observed something like “we need more of this. The absence of live music is probably driving us further apart”. I tend to agree.

I’ve been writing and reading quite a lot. Books on everything from LGBTQIA+, to civil rights, to constitutional law, to physics papers, pretty much anything and everything I find engaging. I have a Medium profile and write Op-eds and essays. Which, to me, is like a blog or a journal with only a little more or a news-worthy pop-cultural slant. It’s cathartic and helps me rest a little bit easier when I put things that attempt to create peace, harmony, and understanding out into the world.

I’ve also been recording music and songwriting here and there when the mood strikes, though not to a specific end. I’m mostly using my art as an avenue for self-therapy these days.

How do you feel about genre labels?

The way we divide music into genre in the United States is literally predicated upon segregation and racism. I wrote a brief essay about it called “Your Music Genre is Racist”. There are some genre labels that might be helpful in the marketing of music, but anyone that’s even mildly interested in music knows that sometimes such labels can be absurdist. The most inoffensive investigation into this is in the use of the word “indie” as an adjective. “Indie” was just short for “independent” and was used literally to indicate whether a band or act was unsigned. The thing is, a lot of these bands and acts eventually began to be signed and their “indie” sound (countercultural when they began, flavor-of-the-week when at its peak popularity) became so prolific that the “indie” genre label stuck. So, in a way, we’ve emptied the word “indie” of its literal meaning and now it is identified from everything from lo-fi-sounding recordings, to particular instrument arrangements, to a model of doing business in entertainment, to polished pop acts with a particular grungy sound.

As an artist, my take on labels is mostly one of it being problematic. Have you ever asked a band what kind of music they play? It’s hard to pin down a lot of the time. It’s way more useful to tell someone who your musical influences are. As a fan? I always try to encourage people to explore out of their comfort zone: there’s so much wonderful music out there off the beaten path of Spotify playlists, internet radio, and WB tv shows!

These days? Not! Being on stage is so invigorating for me and I’ve learned during this time-out that it is a large reason for my drive in this industry. I didn’t used to define myself as an entertainer, but I absolutely am. I live for moments on stage. I used to regard myself as more of an artist and craftsperson. But now I think about what I can do to get in front of people again and stay there for as long as I can in whatever capacity I can.

What music typically plays in your home?

Oh man. I practice what I preach and I listen to so many different kinds of music. But an album I kept coming back to this past summer was the Heart Eyes EP by Loote. Male/female pop-songwriting duo. Every song on that short little EP drove me.

Jacob Collier’s Djesse Vol. 3 has been on non-stop constant rotation in our house. He’s smooth, soulful, playful, and a little bit manic and I’m here for every moment of it. I think he drips novelty and genius. 2020 has been a big year for him, in my opinion. Can’t stop listening.

Aside from that, it’s everything from K-pop, to southern rock, to country, to soul. If it’s musical I want it in me!

Favorite part of the studio process?

This is going to sound weird, but I haven’t paid a single dime for studio time. All my recordings I’ve recorded, produced, mixed and mastered. Aside from a few occasional instruments, all of them are performed by myself as well. That’s not a brag. Well, I guess it is a little. But I’ve hardly written “For You” by Prince. I make do with the things I’m given.

That being said, the creation of music and the studio process are kind of one-and-the-same. So for me it’s about hewing away the granite of an idea to reveal the song as much as it is about the choices of production and giving a good performance.

I love getting “into the studio” but for me, it’s a bit all the same, both the writing and recording process. Which is a bit of a non-answer, so let’s say “the part where I’m done and I have a new song”.

Which platforms are you most active on and how do our readers stay connected with you? Thank you!

These days? Instagram, though I don’t update a lot. Mostly because I’m absorbing and trying to positively contribute to the state of the world in whatever manner strikes me. So it will look like I’m dormant for a while and then I’ll release 1 to 2 essays in a week sometimes!

Thanks for having me!