Producer and Songwriter Michael Coleman is the Artistic Director of See Your Shadow Songwriting, a musical creation entity for talented vocalists and musicians to band together and create music that speaks to them. His latest release “I Will Tell Jesus You Said Hello” is a beautiful reminder to cherish those in your life.

Hello! As the year goes by, is there anything you hope to accomplish?

A couple of things actually. I would love to be on a road trip and have the latest piece, “I Would Tell Jesus You Said Hello” come on the radio in the middle of nowhere and I would love to actually travel.  I had to cancel all my trips that I had set so far this year because of Covid-19.  I had some great trips planned, Greece, Spain, South Africa and I also had travel all across America planned.

See Your Shadow Songwriting is a musical creation entity. What inspired you to create this entity and share it with the world?

Early on when I set out to become a songwriter, some of the research I read indicated that to be taken seriously, you should form a company and it should have a unique name to have you stand out from all of the other songwriters we’d be competing with.  Since my birthday is Groundhog Day, I came up with the name See Your Shadow.  Our original logo before we did the rebranding was a groundhog coming out of the ground and the shadow of the groundhog was wearing a cowboy hat. It didn’t start as an entity per se, it was just me doing my writing and trying to get the work published. Then as we started to create more and more material, and different types of material, working with all kinds of vocalists and musicians, both nationally and internationally, it became the entity that it is today.

Your single “I Will Tell Jesus You Said Hello” captures a beautiful story following your mother’s death. What was the songwriting process like for you?

“I Will Tell Jesus You Said Hello” was actually written many years ago and was originally three versus, that told three separate and distinct stories of loss, all coming together with this resounding chorus. The third verse proved to be too controversial because it was about young woman who was downtrodden, broke, alone and pregnant and she heard the voice of her baby while she was on the abortion table. Very heavy. I’ve never been one to shy away from controversy, I write what I am inspired to write, and I never know how inspiration will hit me.  The song in its original form sat for many years. So, when I was looking to start doing a new body of work, I flipped through my catalog and came across the piece again. After re-reading the lyric, I thought this would be great as a duet.  So, I took the first verse about the little boy and expanded it making the song about a couple.  It wasn’t easy to do as I had to keep the emotion of the piece very high throughout.

Has there been a specific reaction to “I Will Tell Jesus You Said Hello” that left you speechless or amazed by how well the public accepted your song into their lives?

When I learned that we were at the top of the ITunes country chart in South Africa that was just awesome to know that people are connecting with the piece, that I always knew was special.

Michael Coleman, you’re known as the “The Metropolitan Cowboy.” How did you get that name?

Well show business and creating has always been my passion and years ago, I was writing and producing an adult sketch comedy show. Now, I always had the cowboy look, you never saw me without a cowboy hat on, so when we were coming up with a name for the show, we were brainstorming adjectives that fit my personality and someone said I was very Metro, so we decided to name the show, The Metropolitan Cowboy Show and I just kept the name and it has been my brand ever since.

It must be exciting having your music featured in film, television and sporting events. Which feature is the most memorable for you?

Each has been very memorable for different reasons.  Having our song “Like a Kid Again” in the film and on the soundtrack album was such a highlight because “Like a Kid Again” was the first time country and western and hip hop had been merged so it was an innovative record at the time, and for it to be snapped up quickly was really something because nobody had even heard of what we now call “Hick Hop”. Now writing the theme song for the largest amateur sporting event in the United States, The NAGAAA World Series was very memorable because that was the first time my spouse witnessed my creative process in action as that song was tapped out on the dashboard of the car on a road trip so they were able to witness something going from being tapped out on the dashboard, to being recorded and eventually being performed live in front of 10,000 people. 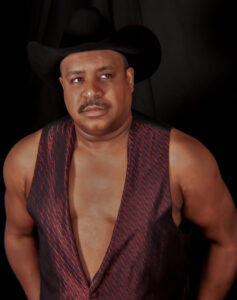 You’re nominated for the State Of Ohio’s Poet Laureate office. What would this win mean for you?

Well I was nominated twice and since we are now headquartered in Arizona, a third nomination probably won’t be coming my way because you have to be in Ohio to be appointed.  In any event, A win would have been a real shot in the arm because it would have been further validation that the lyrics I write are indeed literature on their own and that just reading them on the page evokes a level of emotion.

Are you planning on releasing any new songs anytime soon?

Well we will be releasing more songs from the new body of work, but we have not decided what is going to come next. More than likely however, it will be an uptempo. It could end up being a Christmas song, as well, I have always wanted to release a Christmas song.

Recently, you switched your focus from dance club music to country and western. How has that switch changed your entity, See Your Shadow Songwriting.

We’ve always created country and western, but we were always having most of our success in other genres, dance being one of them.  This switch has really allowed me to immerse myself into my first love, which has always been country and western.  Switching focus, we have reached a wider audience. While doing the dance music and the other projects, we were more about the performers and now we are all about our songs.

How have you stayed motivated during this period of isolation?

It has been a little difficult to stay motivated, as it seems like its really easy just to binge watch and be lazy, but what does keep me motivated is how well the public has received the latest record and I just want to keep that momentum going.