Interview: The Atif Shares His Journey As A Musician & Releasing His Most Popular Hits

Dubstep fans will find a second home with beats producer The Atif, who creates fun and enjoyable music with beat dropping sounds for everyone to enjoy. Music Trails spoke with The Atif to discuss his new releases, musical aspirations, and what’s coming next.

What can you tell us about your new single “H.M.U Catfool!” and the inspiration behind it?

Those who fall in love with cats are fools (like me). If dogs have masters, cats have servants. This song befits April Fool theme along the cats. A story of a guy who catcalls a girl who has a catwalk.

On a metaphysical level the power music has on our beings has fascinated me since childhood how the vibrations diffuse in our bodies through our ears and other senses is just a very unconscious process. Like the song you hear during shopping- it overpowers our beings in a v unknown way. And I guess we have discovered on 15% of what music can do to us. I am on the quest to know more about it and share it with the world. While bringing them along through this experience.

Alongside being a singer, you’re a well-versed songwriter. What’s your creative process like when it comes to songwriting? Do you have a particular formula or does it differ each time?

I don’t know the song treats me every time, I approach it. The theme lingers in my head, then I find a chord progression that reciprocate this feel and then I come up with a song pattern and melody along it. One day when it comes to the boiling point and spell it out in words and tweak it until it finds the sweet spot. Sometimes the process goes through reverse engineering.

How did you discover your musical style?

Well I started with pop as influences include MJ, Phil Collins and then it goes to Richard Marx, Bryan Adams and then towards Sting.

Over the years I started loving 60s rock and 90s new wave rock. Naturally speaking my tone is rockish and not suitable for pop. As I matured I brought along the raw elements of rock and tightened them from a pop standpoint.

What are your goals as an artist?

I want listeners to leave with a pondering experience. Music has to bring happiness and joy and fun. As much I loved writing ballads in my early career- I just want to devote my time writing funky themes and music that sticks with people in their head and keeps ringing to bring them back to listen it.

That’s what I want and I hope that I spread this insatiable charm.

Your visuals are very bright and stand out on each Youtube video and image cover you create. What’s the process like when you come up with the visuals for your songs?

So I belong to MJ and Prince era somewhat Lady Gaga in modern times. I want it to stick out, flashy, I am not scared to put myself out there. But I try to do things that suit me, my style and image. I try to keep it unique- many artists are scared to do that. Attention is the must part of advertising and performance arts. Every color and visual plays its role to remit the image you want. To stand out. Same goes with costumes and I am not afraid of experimenting as long as they don’t look ludicrous and/or ridiculous.

You’ve recorded many songs. Can you tell us which one was your favorite to produce and sing in public?

All songs are my offsprings so I love them equally. Most importantly I create them for myself- music that I want to hear and is not out there. So as much as other might relate to it- I love relating to these ideas. And strangely the songs that I thought won’t do as good- they come out much better in production and some of them that don’t come out much better get way better reception. So it’s like a black box. I have done a song Alien Inn- that’s under production. Probably that’d be my best shot yet.

The reason is I keep building on the courage for outrageous ideas and production possibilities. Some songs that I like for their musicality are not so easily recognized and at times way simpler songs do good because of they are easily recognizable.

One of my songs Prank U that I did on last April fool was one of my favorites. It was inspired by Black Dog. It’s funky, naughty, groovy and rather promiscuous theme wise.

What do you hope listeners understand or hear when they listen to your music?

I hope they understand not to take life so seriously but at the same time enjoy every moment because it’s worth it. Be an independent free thinker and follow stuff because you can relate to it and not because others can relate to it.

Additionally, I want them to enjoy every note of my music because it is inculcated with enormous joy and embodied in the weather beaten craft of song writing starting from Elvis to Beatles to Doors to Guns n Roses and Queen to finally MJ.

It’s the upbringing and anthropology of this craft. So rejoice every second of its play.

“Hell Yeah” is one of your most popular releases. What do you think is so special about this song that became a huge hit with your audience?

Well I liked a song by Dave Matthews called Angel- although don’t really play it that much and I think he doesn’t enjoy it as much as I do. But I think it’s one of the finest songs that bears his signature style.

So it’s kind of bitter sweet touch of nostalgia and its possibilities. I used to be a hopeless romantic and Hell Yeah is how I used to think. But memory is a torture and as much as we want to escape it- the regrets still emerges and haunts in our dreams. A totally helpless effort.

As I said I don’t make sad songs. But on Valentine’s Day last I released an evil perverted song Valentine, Serpentine, Frankenstein- later I found out people are supposed to feel melancholic so I exposed this side of my psyche.

And since it was rare slow number people liked that vulnerable change in my stride.

So excited that I am buzzing every moment with desperation to release all my songs even before producing them. But every month you will hear new releases. Originals and EDM version in dubstep and trance.

I am working on the original Alien Inn. While I am going back to MJ Rock Tributes with part 2. I am working on Speed Demon, Leave Me Alone and Wanna Be Startin’ Something.

I recently worked in LA with Dave Railman Banta- we worked with greats like MJ, Sting, Tupac and Take That. It was an exciting experience and I learned a lot.

The album Treasure Trove can be released end of summer probably or at Halloween with new scary single after last year’s highly loved Soul Hacker.

And then working on Catfool’s video which I will release soon. So too much on my plate right now and I am bubbling with energy to nail it all- hopefully this year.

Also I am working on some jazz renditions of my songs. Let’s see how my love for Pat Metheney can materialize into this project. 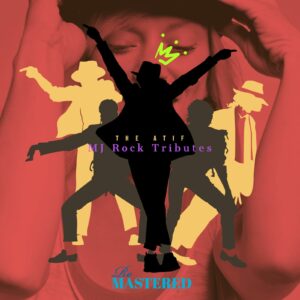 See also  Interview: Mercy Shine Aspire To Leave Their Mark With Their Music