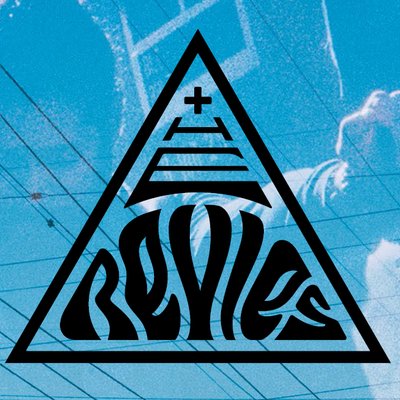 We’re happy to present The Revies, a classic rock band based in California with enticing vocal harmonies fused into Latin rhythms and Zeppelin-style guitar riffs. Make sure to check our their music after reading our interview!

Hey guys, thank you so much for joining us today! We would love to know when and how you all got together and started the band?

Carlos (my brother and bassist of the Revies) and I started the band in 2007 and started playing shows in 2008 in Monterrey, Mexico. We’ve changed a lot since then, in terms of style, location, and even band members. Deep down, we always knew we wanted to be in a rock band and were good at playing classic rock covers so I guess that’s what came most naturally to us. Since then, we moved to Austin briefly, then back to Monterrey, then ended up in Los Angeles in 2016, which is where we got together with James, our drummer, and Keith, our cellist.

Who are your biggest inspirations as artists?

As basic and contrived as it may sound, it’d have to be the Beatles from the get-go. That said, we’ve taken a lot from other artists like Nirvana, Rage Against the Machine, Soundgarden, Red Hot Chili Peppers, Foo Fighters, Jack White, Elliot Smith, Death Cab for Cutie, Cage the Elephant, among so many others.

You had a show back in March at the Cinema bar in Culver City! How was that show? What was it like playing that venue?

It’s the small shows that often transmit the most. That place is so unassuming, close-to-home, and intimate that makes it feel electric. Not to mention that some of our favorite people from the Westside LA music scene were there and had a mosh pit going on for chrissakes. It was definitely the sweaty banger we needed to say goodbye to live shows for a while before quarantine.

Your rock n roll style is badass! What would you say is the most rock n roll thing any of you has done?

Well, let’s see. We’re actually very chill dudes with adult jobs so we don’t get into much trouble. One that comes to mind: our former guitarist dove into the drum kit at Whiskey A Go Go when we were opening up for Corey Feldman’s band. Needless to say we were never invited back, but I’d say it was worth it. Also, Carlos once scored a free taco backstage from Steve Aoki in a festival we played in Mexico; I guess you could say it’s pretty rock n roll to score free food.

Picture this: You’re at an exciting music festival opening for one of your favorite bands! Which band would it be?

Probably Foo Fighters since Dave Grohl seems like he’d be most likely to want to have a beer as well.

Name something you’re looking forward to in 2020!

No more quarantine! That’s the dream at least. Besides that, we’ve been working on this EP quite a while and we’re already aching to put it out there, and hopefully play it live in some cool venues. It’s the first thing we recorded in LA with a full LA team and we loved how it turned out, so we’re excited to see people’s reaction to it.

Your cover of “I Am the Highway” on your social media was a beautiful performance. What brought about recording the track?

We had to opportunity of recording some live sessions at one of the most beautiful studios in the world which is located in Monterrey, Mexico. We did four of our own songs and decided it’d be a good idea to include a cover as well. As a singer, Chris Cornell is probably my greatest influence so I immediately thought I’d want to do something sung by him both as a challenge but also to do it justice. That song just has so much space for softer elements like the cello to bring it to life, so we felt like it struck the right mood in a live session.

Where is the best place for new fans to connect with you online?

We use Instagram the most and our username is the.revies. We also update our webpage fairly regularly and that one’s easy to remember www.therevies.com. We’ll respond to anything, even hate mail 🙂