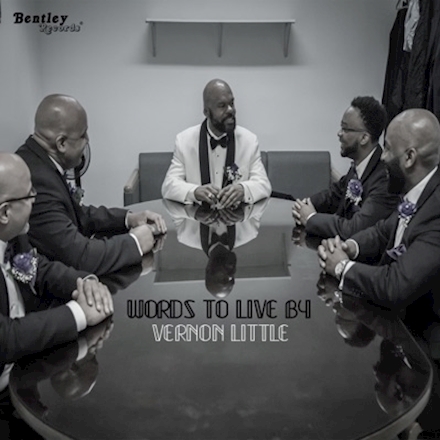 Gospel singer/rapper and Pastor based in New York, Vernon Little, positively embraces the with a new EP Words To Live By. With a wide range of musical influences from Mary Mary to Nas, Vernon Little has been inspired to write, record, and share his own music with the world since the mid-1980’s.

Read more of his journey with the group Def Duo before going into his solo career, his newest EP Words To Live By and how New York has left an impact in his professional career.

How did you first discover your passion for music?

It came from spending time at a local DJ’s apartment. When he first invited me to rap, since I was a fan of it, I just mimicked what I heard. As time went on, I started writing my own raps.

The music industry has definitely changed since you entered in the mid-1980’s. What have been some of your biggest achievements since then?

Putting out projects, traveling out of state to perform, and being invited to work with other artist.

You describe your music as a blend of Hip-Hop and Holy Hip-Hop. Which element was the most important when you were deciding which genre to stick with after going solo?

After 1995, I had stopped recording. I’d grown into adulthood and hadn’t achieved the success I had hoped for rapping. Fast forward to 2009, a co-worker of mine randomly invited me to his apartment to record some music. Being that he didn’t know I use to rap, I felt that it was God opening a door for me. At that time, I made a conscious effort to honor Him with my music.

What was your experience like being a a part of the Def Duo?

Recording and performing was fun. I was with two of my childhood friends. I had just grown impatient with our manager.

Your current EP “Words To Live By” was released this past March. What was your process while creating the full EP?

My song “Proverbs” is influenced by the Bible book of Proverbs. I just put a lot of the jewels I read in that book into song. The production is purposefully radio friendly. “Words To Live By” was influenced by an array of different Bible verses but has a more hardcore sound.

“Good As It Gets” is a song influenced by the origins of hip hop – which is bragging about your lyrical ability. It has a hardcore sound with a hint of rock n roll. “Dealing With Stress” is a story loosely based on my journey. This is another hardcore track.

Which song of yours is your favorite so far and why?

New York has a very vibrant music scene everywhere you look. How has the city influenced your growth as an artist?

It’s made me a better performer. From churches, to community centers, to fairs, to an arena, and clubs, I’ve learned to adapt and adjust to different venues.

Which New York artists have influenced your journey as an artist?

As a pastor you get to share your message with many listeners. How have you been connecting with your groups during this quarantine?

It’s really been over the phone. They’re definitely calling me a lot more.

Are you currently working on new single releases or an album?

No, not at the moment.

We’re almost halfway through the year, what do you hope to accomplish by the end of 2020?

I’m hoping that this music can lead me into relationships with people outside of the music industry. I look forward to networking with different business men and women so that I can maybe be introduced to more revenue streams.