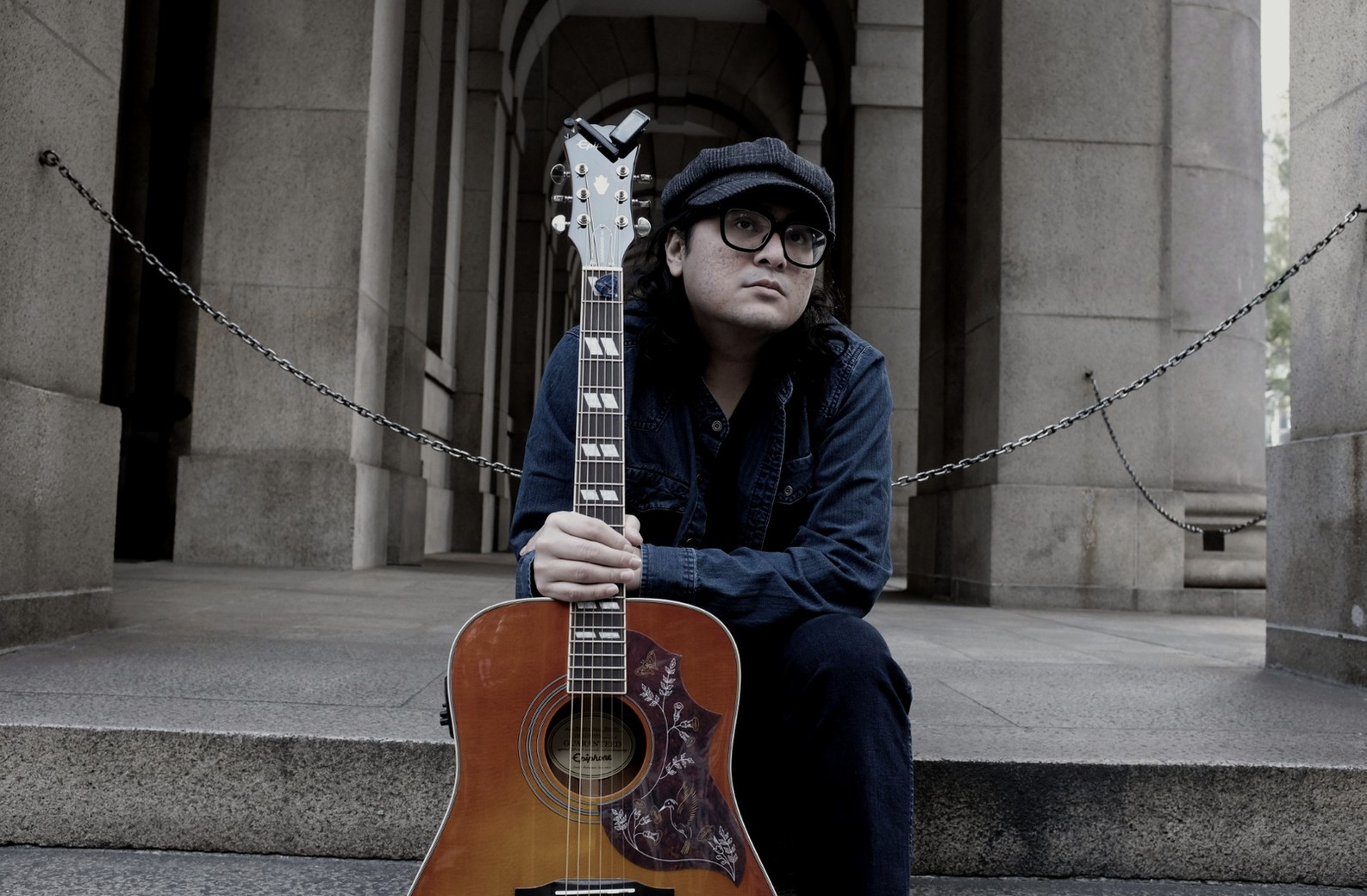 As singer-songwriter William Elvin prepares to release his upcoming single “Tram (Quarry Bay to North Point)” and album Faces and Phases, we sat down with him to discuss his music. Stay tuned for his upcoming releases and enjoy every single song available on Spotify and Youtube!

Read more of our interview down below:

Thank you so much for speaking with Music Trails! Please introduce yourself to our readers!

Hello Music Trails! I’m William Elvin. I reside in Hong Kong, but originally from Manila, Philippines. I’m a socially awkward nerd who can also write songs, sing and play guitar. I think that sums it up.

“Tram (Quarry Bay to North Point)” will be released this Thursday. What can you tell us about the single?

It’s a song about being able to talk to someone about anything and everything under the sun, but being unable to express your true feelings. It is also my loving tribute to Hong Kong Island – a city that has been kind to me since I was a little kid – as it is set on a tram, the cheapest and slowest mode of transportation in the city, with the song’s narrator musing about mundane things while also waxing poetic about his hidden emotions.

What inspired you to start making your own music?

My mom wrote some songs for various artists in the Philippines. I used to watch her working when I was kid, and thought to myself that I should become one too when I grow up. I started seriously writing songs when I was 15 years old, and here I am now, lucky to still be able to do it.

Your last release “She’s Not Taylor Swift” is catchy and fun to listen to! What inspired you to write it?

Thanks! It’s the first song I wrote for this upcoming album. It makes me so happy when I see young, aspiring songwriters who genuinely want to write good songs at a time when a lot of their peers just wanna lipsync and dance on Tiktok, so I created that character: young, naïve girl who writes songs thinking she already knows what love really is. She’s not Taylor Swift, but who knows? Maybe she’ll get there, too.

Drawing from influences ranging in a variety of genres, how did you first come up with your sound when you were creating your presence as an artist?

I think it just naturally came to a point when all my influences were already meshing together – lyrically and musically.  I think folk-rock is the base of it all, and sometimes it could get a little noisier or harder, or a little poppier at times, but it’s always folk-rock at the heart of it  – evoking emotions out of stories and catchy melodies.

Your 3rd full-length solo album “Faces and Phases” will be released in May with a few relatable topics like alienation, addictions, obsessions, the innocence and subsequent dangers of love, fear of abandonment, and hope. How long did it take you to put it all together?

I started writing songs July last year, just a month after the release of “Sacred/Profane/Mundane”, my 2nd full-length solo album. I wrote a ton of material, chose my favorites then went on to record everything in my makeshift home studio from late November 2019  to January 2020.

Is there one song that’s most meaningful to you? Why?

Yes. There’s a song in my upcoming album titled ‘Somehow, Something’, which is about lovers who were arrested and sent to jail amid- the very tense Hong Kong protests last year. I feel like it’s the best song I’ve written so far, in terms of lyrical content and melodic quality, and the fact that I wrote it with freedom fighters in mind makes it even more special.

Heyyy Instagram! Here's another song I sang live for the first time, called "Somehow,Something," which I wrote last year amidst the tense happenings here in Hong Kong. Just a reminder that however dark and gloomy things may be, we can all find something that blooms and shines so bright, somehow. Special thanks to @freejamhk for letting me perform. What you're doing is so awesome. Performed at @theafterm #singersongwriter #indiemusic #indiefolk #hongkong #hongkongindie #indiemusician #igtv

In your bio, you mention juggling a career writing music for Manila’s vibrant theater scene while living as a regular resident and office worker in Asia’s financial hub. How have you been able to maintain a balance between both careers?

I gave up a lot of Netflix time!

It also helps that the theater musicals I wrote that are being produced in Manila recently are my earlier works, so I really don’t have to do much except ask people what’s happening from time to time. Doing music – or whatever artistic passion, really – while having a day job is not easy at all. We really have to commit to a mindset of “I will f—king do this no matter what.” It’s energy-draining, really. But we just have to fight through it for the sake of our souls and sanity.

Is there one career you prefer over the other?

I do my office job for the money. I write and perform music for my soul. My soul is always what’s more important.

What’s your creative process while songwriting and putting together the sounds for your songs?

Especially for this upcoming album, my process has been to come up with the song idea first, then create the characters within the songs as many of the tracks are character-based narratives. I then list down all the ideas in one sheet of paper, then start writing the lyrics and the melody at the same time.

Recording the songs felt very raw and organic, as I worked alone and just chose my creative decisions from my gut. If it felt right, I kept it. If not, I did it all over again painstakingly.

What’s been your favorite song released so far?

A song called “(I Will Be) the Happy, Shiny One [For You]” from my 2nd album. I really don’t know why, but it’s one of those things that I’m sure I was going to like even if I didn’t write it.

I hope they feel inspired to look around and observe other people and the world they’re in, to see and appreciate the tiny details and the seemingly mundane things that really give life to everything. I hope my music makes them more connected to their raw, deep, feelings: the ones we deny and try to ignore – and what truly make us human.

Just check me and my music out on Spotify, Facebook and Instagram. I hope to see you and the Music Trails readers when my next single drops Thursday, and also on my next single and album releases! Thank you again so much! 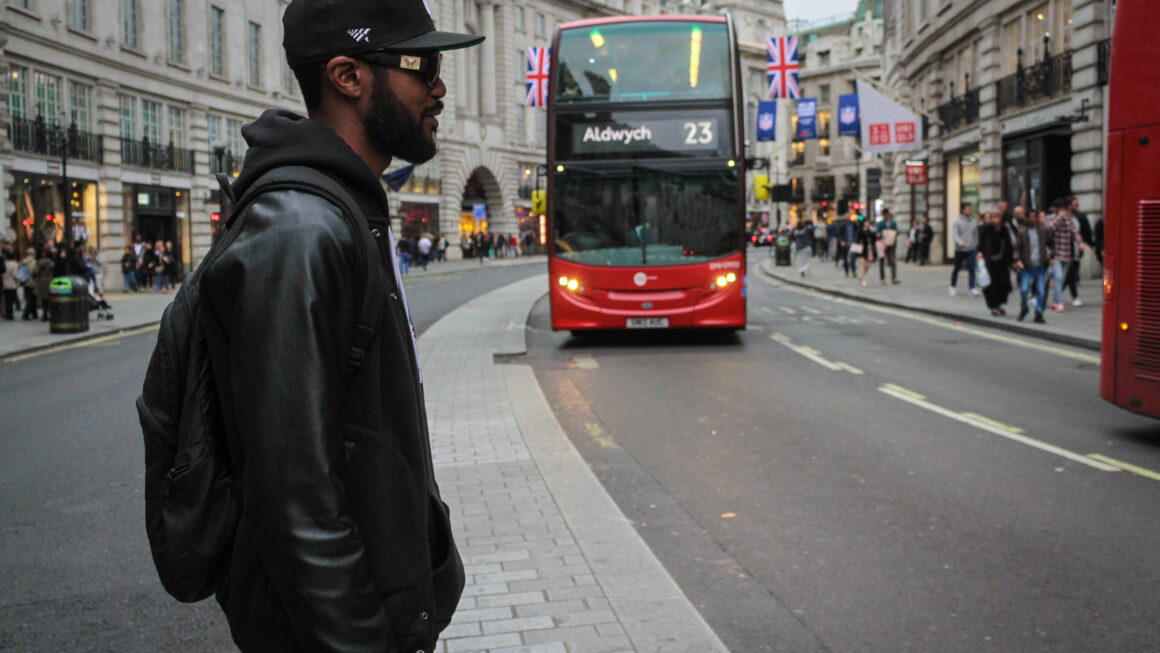 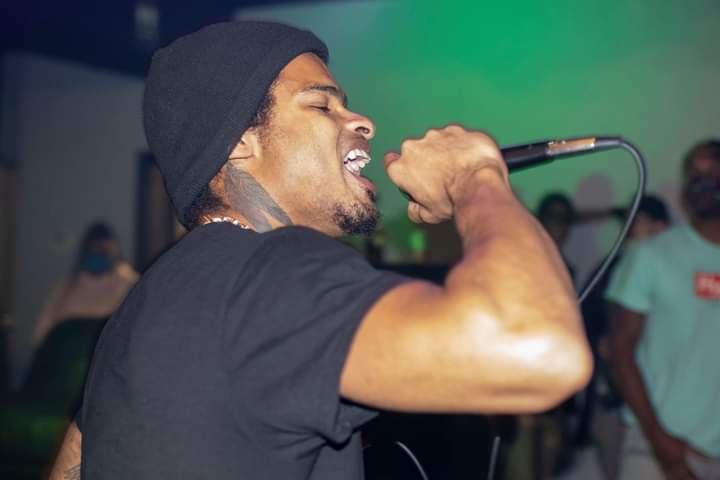