Interview: ZORILA Prepare For The Release of Their Acoustic Album ﻿”Sidney” 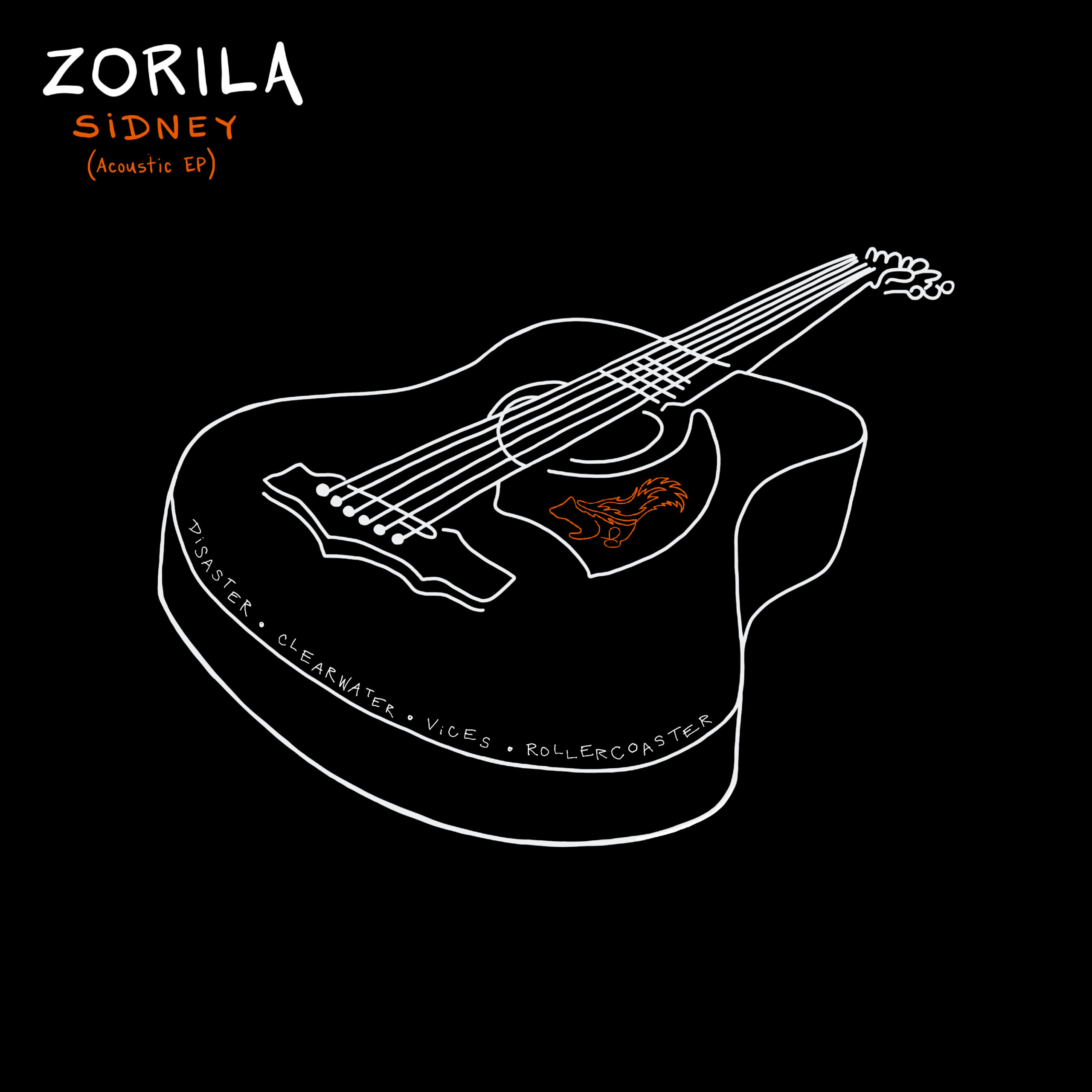 Interview: ZORILA Prepare For The Release of Their Acoustic Album ﻿”Sidney”

American alternative rock four-piece based in Chicago, Illinois, ZORILA, brings quality rock music to the masses with the release of their debut album, Sidney. Their diverse musical influences including Kings of Leon, The Killers, Arctic Monkeys, Cage the Elephant, and many more, inspire them to continue making waves in the music industry while connecting with listeners all over the world.

We spoke with Electric Train Records label rep Jai Dufton to speak about the band’s future and the upcoming release of the acoustic version of Sidney!

Read more of their story down below and continue supporting authentic, fun alternative rock music!

Thank you for speaking with us. Please share your name and position/duties a member of the Electric Train Records team.

Hello! My name is Jai Dufton and I am currently a label rep at Electric Train Records who is studying at DePaul University. I am part of a team of label rep who helps with the marketing and public relations for the record label as well as band, ZORILA.

Please tell us more about the artists signed to Electric Train Records. What do you look for when you sign new artists/bands?

ZORILA is the first band that we have signed to our label. While we are always actively looking for new artists, we never rush to sign people who aren’t the right fit. Electric Train Records loves to look for artists with unique sounds and great energy. We aren’t specific to any particular genre or style of music. We know that there are incredible musicians from all over whose music needs to be heard. Signing with this label will certainly help artists to do that.

How do you find new artists?

Electric Train Records finds artists through many avenues. It can be through local concerts, referrals, playlists or just an artist reaching out. As long as you have music that you want to share and a unique style that we can work with, we are always looking to add new artists to the Electric Train Records team!

The Chicago music scene is filled with many influential, aspiring rock artists. How did the label first find out about ZORILA and pursue to sign them?

Electric Train Records was introduced to the band through Greg McDonald at Fun House Events and quickly fell in love with their sound. Last september, ZORILA was signed by Electric Train Records and shortly after that, they put out their debut album Sidney. Since then, things have only grown for both the band and the label.

It’s release week! 🔥 Tune in to our story every day for an inside look at each member’s favorite parts of Sidney, how we’re keeping busy during quarantine and more. 🦨

ZORILA is set to release new music next week. What can fans expect from this new release?

ZORILA’s new music is a deluxe version of there first album with all new acoustic tracks that debuts on music services April 17. Fans can expect songs that they love presented in a whole new way. The acoustic tracks carry new emotions while still providing fans with ZORILA sounds that they know and love. We all can’t wait for you to check out the album and listen for yourself!

Their debut album “Sidney,” released in 2019, was named after Sidney, IL – where it was recorded. What was the inspiration behind the 12-track album?

Sidney’s goal was to give the world new upbeat rock music and continue to show fans of rock music that there are still great artists putting out albums. Sidney, Illinois was the starting point of the band and the creation of this music, so it felt fitting that they would name their debut album after the place they started. Much of the inspiration of the songs comes from the personal life of the band and the struggles of trying to put their music out into the world.

Which track is your favorite and why?

There are quite a few tracks on the album that I love, but my favorite would have to be “Disaster”. I love the high-energy style of the song. The lyrics also really resonate with me. I think that discussing the struggles of trying your hardest but still feeling like you are a disaster is something that many people relate to. Having the song “Disaster” quickly become one of their most popular songs gives everyone hope that the world will see the effort you put in and reward you for it.

The band is known for their high energy performances and organic rock music. How has the COVID 19 pandemic affected them?

The COVID-19 pandemic has affected ZORILA like many other bands, shifting the way that they can share their new music coming out. We had numerous concerts around Chicago debuting the Sidney (Acoustic Version) that unfortunately had to be postponed. Still, throughout the pandemic, the band has stayed in high spirits, using this time to work on new music and do virtual performances whenever they can.

Is there a tour planned for this year?

Like many artists, ZORILA had to cancel their in-person concerts for the health and safety of their fans. Still, they are staying busy. A few weeks ago, participated in Doomed Fest’s virtual festival which was a big success. We are looking to continue to help try and raise their fans spirits with other virtual concerts in the future, as well as rescheduling in-person concert dates when we are confident that people can attend them safely!

If I can share any final thoughts with the readers, I would just recommend checking out both the original Sidney album as well as the acoustic version coming out on April 17, 2020. Between those two albums, there are many songs that fit any playlist you might be looking to add to!