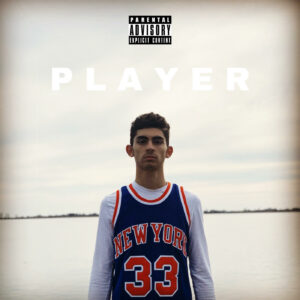 Los Angeles, CA — It was announced today that emerging Hip Hop Performer/Producer (and Basketball aficionado) Jesse Eplan has released his latest collection of tracks; entitled “Player”, available now on Spotify and all the major services. 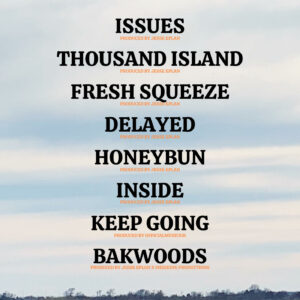 After blazing into high gear last fall with “Bakwoods”, it’s safe to say that the five tool trap/hip-hop/R&B Singer-Songwriter-Performer-Producer-Beatmaker has proven he is ready to take the court and ball with the starting five on “Player”.

These eight fire tracks show a real maturity in songwriting. Take Jesse’s unique approach and attention to the smallest details, couple that with a new-found creativity in the beat creation process, and you’ll agree that “Player” is career progress that’s palpable to any listener.

With major influences ranging from artists like Future to Lil Uzi Vert, Chris Brown, Smokepurpp, MadeinTYO and Travis Scott – Eplan has taken their flow, hooks, beat selection, and more into account when creating his own music.

A New York native, Jesse broke major ground with the release of his first two major LP’s recorded while at the University of Tampa – 2017’s “Trap Harmony” and 2018’s “Purple Wave“, and the Trap and Hip-Hop world took MAJOR notice of the rising young star through his collaborations with like minded artists like Famous Dex (A$AP Rocky, Lil Pump) and Kontraversy (Grafh, LouGotCash).

Jesse made the move from Tampa to Los Angeles in 2018 where he is in the midst of taking his rightful spot at the top of the charts. While in LA, Eplan has continued adding to his ever growing musical palette, with strong songs and new fire beats coming seemingly every week. It seems we’ve only seen the tip of the iceberg that is Jesse Eplan!

For More on Jesse Eplan and His Music, VISIT: