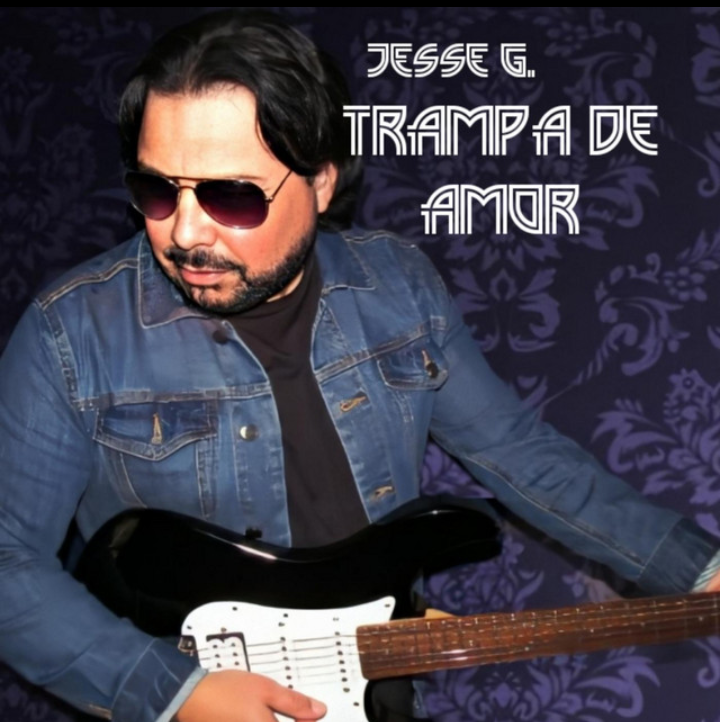 Latin Rock singer-songwriter Jesse G. shares his 2019 release “Trampa de Amor,” a passionate confessional about being left alone feeling trapped after the person he fell in love with disappears.

Released right before his most recent single, “Cuando Se Esconde El Sol,” this single “Trampa de Amor” sticks to its original Latin roots that instantly draws a similarity to Spanish Rock artists Maná and Juanes with their musically engaging sounds and unique vocals. As the song progresses through each verse that includes authentic guitar melodies, listeners can find comfort in the solos that make us want to get up and dance along.

In the short three minute song that he’s perfectly placed together, Jesse G. showcases his creative songwriting skills and talented use of the electric guitar as he sings directly to that specific person who left him feeling abandoned and trapped in love. With each strum of the guitar, he intensifies his energetic vocals as he nears the chorus calling them out for what they did. He won’t be defeated as he mentions what he loves about them and the relationship they had.

His catchy lyricism and emotional beats create an attention-grabbing and unique single that draws listeners in as soon as the first beat begins and keeps them interested in listening to “Trampa de Amor” over and over again. Throughout the song it’s easy to spot the pain in his voice as he mentions a love lost but he’s also displaying his genuity with each word sung.

Make sure to listen to “Trampa de Amor” and let us know your thoughts in the comments down below:

His most recent single, “Cuando Se Esconde El Sol,” keeps the same idea alive with Latin Rock flowing throughout the song from start to finish. The distorted electric guitars and strong drums in the background istantly show listeners what Latin Rock is all about.

As the lyrics continue, Gonzalez mentions the topics of feeling burned out, depression, and emptiness around other people while describing them as those emotions coming and going with the sun. Titled, “when the sun hides,” those emotions can be implied to be the sun coming ad going as the days go by and the emotions take their own turn in his life.

Similarly to his single “Trampa de Amor,” his latest “Cuando Se Esconde El Sol,” stays honest and straight to the point. He uses music as a form of expression that allows him to share his feelings with the world while making the Latin Rock genre very proud.

And don’t forget to follow Jesse G. on INSTAGRAM to keep up with his new releases and his life!