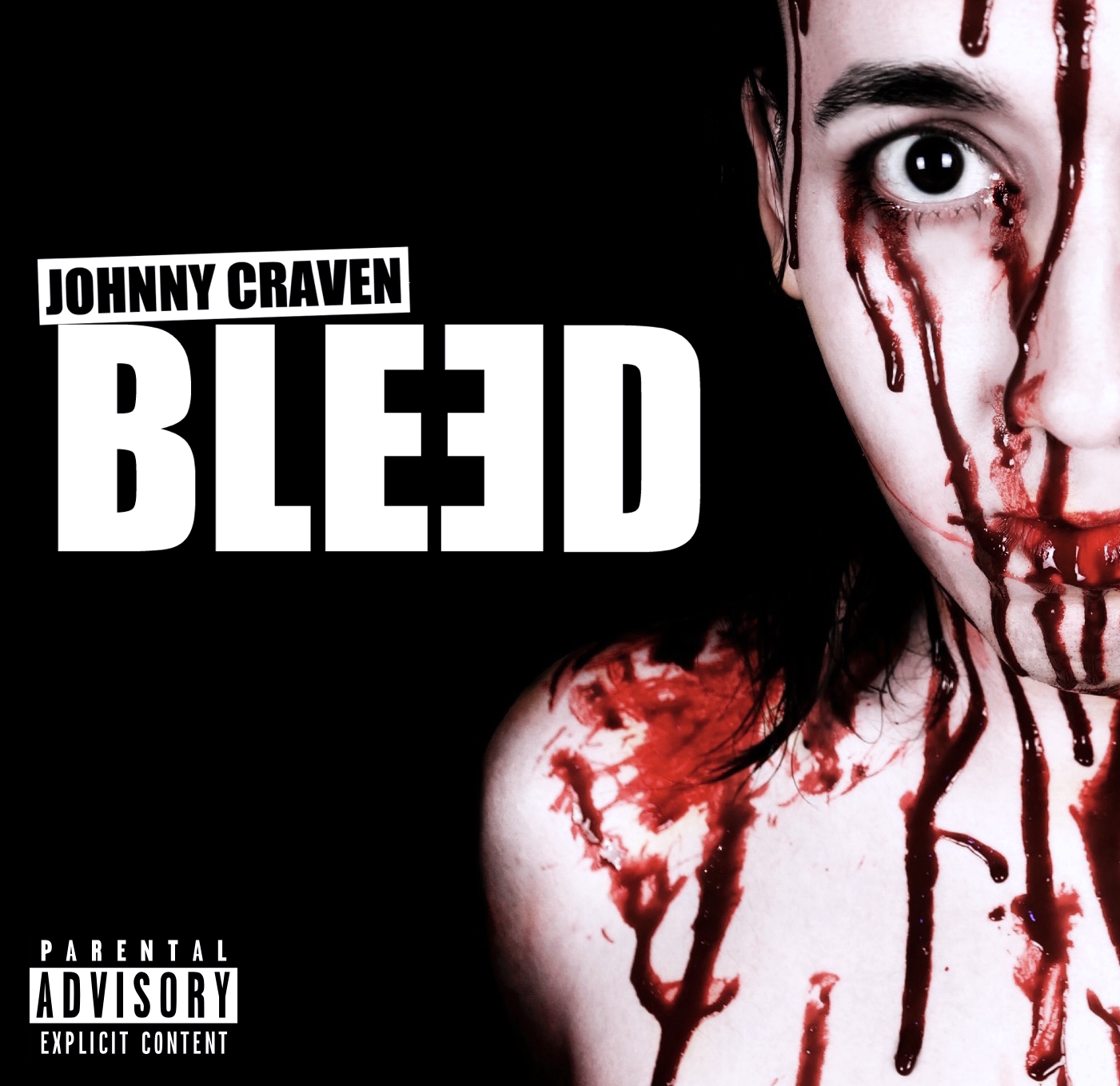 Industrial Rock/ Alternative Rock band by the name of the founder, Johnny Craven, reveals the debut studio recording Bleed featuring remixes and alternative versions of the song “Bleed” which is his first official recording.

This project started years ago with the tales from his travels between Barcelona and New York back in 2018. These peculiar personalities came together to share the magic found within Craven’s personal projects. They created a name for themselves before the world went into a worldwide shutdown with the releases of unofficial singles and unorthodox live performances.

Their increased fan following all throughout Europe solidified their position as an alternative band to watch although the criticism was high due to their anti-religious and anti-social sentiment lyricisms, references to sex, violence, anarchy and occultism, and live performances frequently called offensive and obscene.

Disregarding the negativity that came with being on the spotlight, Johnny Craven continues to create music that sets their hearts on fire and allows them to connect with like minded fans all over the world.

The 10-track recording includes remixes of the latest release “Bleed” and bonus tracks such as the short interlude titled “Again” and the head banging track “Bang Bang.” “Again” is the short-lived interlude running on a slower tempo vibe while “Bang Bang” increases the energy for an intensely Rock themed track driven by his hollow vocals and fast-paced drums.

The original single “Bleed” smoothly with the words “I’m gonna make you bleed” creating a catchy melody we can sing along to as the song closes. Each remix brings its own interesting spin to the original through its upbeat instrumentation, energetic synth melodies, and Rock inspired rhythms.

When it comes to the music video releases for his music, Johnny Craven shares on his website: “Probably not one, but several videos will be released in 2021… And if the limitations produced by the COVID allow us, we will be touring again by mid/ late 2021.”

Bleed is leading the way for Johnny Craven’s upcoming album MACH1NƎ, set to release in 2021. The album will include a collection of reworked tracks from the band’s past demos, as well as new songs composed specifically for this release.

Stay tuned for the official album dropping sometime in 2021! It may be possible to catch the band in New York or Europe later in the year too!