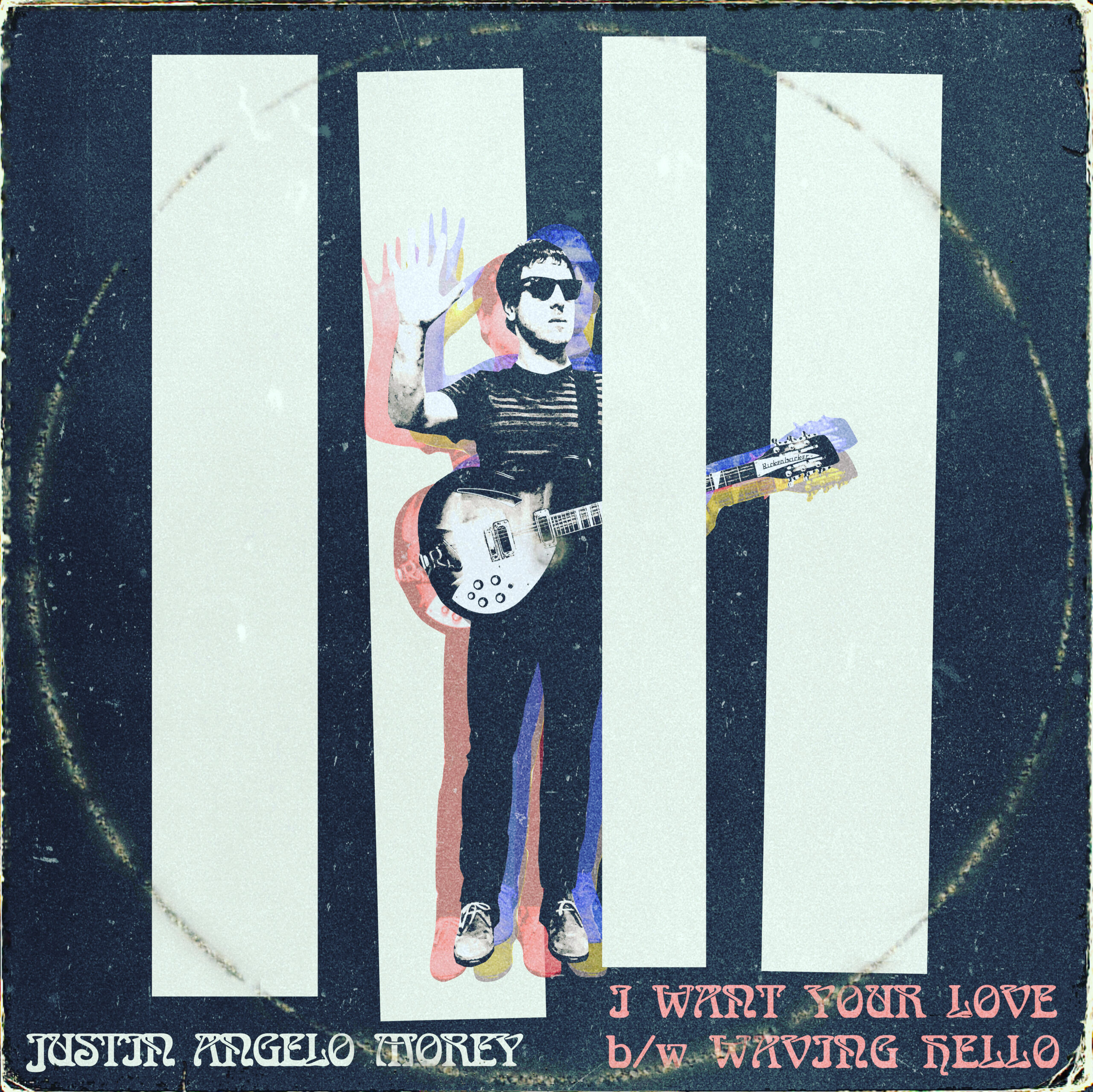 Justin Angelo Morey sets out to release new music as a solo artist following his passionate musical upbringing with the release of “I Want Your Love,” coming this Friday, October 16th!

Born and raised in Jersey City, Justin Angelo Morey has successfully transitioned from touring with bands to following his own solo journey. The compelling lead singer, songwriter, and former bass guitar player has made a name for himself within the mod-rock/garage and rock/psych-rock music genres throughout the years of pursuing his strong passion for music from an early age.

His extensive experience in bands goes way back to when he joined his first touring band, Rye Coalition, where he was able to play DIY punk-rock basement shows and VFW halls. It was the release of their their third LP, “On Top” that garnered the attention of DreamWorks and the opportunity to tour the world, supporting bands such as Queens of the Stone Age, Mars Volta, Foo Fighters, and recording an album produced by Dave Grohl.

That’s a not only a great question but a very difficult one to answer.

In all honesty there are quite a number of them. Each one is different from the others due to their own unique qualities associated with that particular experience.

One of the earliest examples would probably be sometime during high school being in punk rock bands with my closest friends. Most of the time after school was spent rehearsing and when you finally play your first show(which is somebody’s tiny basement with like 5 people in the room)within the first couple of seconds of playing your first song everyone’s amped up and the room is on fire. That genuine reaction is ridiculously powerful. How can you possibly not want to re-create that feeling every living day going forward? It’s exhilaratingly intoxicating.

The first time we ever went out on the road touring as a band was incredible. It was basically six weeks across the united states and back home. That was such an eye opening experience on so many levels. Perhaps it was largely to do with the fact that we were all super young and wide eyed with genuine excitement. That particular tour was grueling and presented us with a number of challenges but our bonds were forged/solidified as a result. One could say that it was an exercise in both teamwork and eating tons bunch of shit in the process.

The new single “I Want Your Love,” available this Friday, October 16, came as a surprise to his former band, The Black Hollies, who he asked to join him on the production.

The band worked together for over 10 years releasing four full-length albums, various singles, and touring before eventually going their separate ways. They included unique, soul-enriching sounds ranging from psychedelic blues, northern soul, neo-psychedelia, shoegaze, drones, and drum machines, perfect for music fans all over the world.

Congratulations on your new release coming October 16th! How are you feeling about sharing this single with the world?

Thank you very much! I’m feeling rather good about it. So much love, tenderness and care went into capturing the two songs. I really hope somebody out there will not only appreciate them but also look forward to my future artistic output.

Tune in to @toddophonic Todd’s show at 3pm tomorrow, 10/3 (https://www.wfmu.org/playlists/shows/97173), for the world premiere of my debut solo single! It will be officially released and available on all major streaming platforms on October 16th. One of my main goals in recording my solo output is to incorporate as many of my friends as humanly possible on each track. I feel like the memories created are priceless. The (digital) A-side, “I Want Your Love”, turned out to be a really funny and memorable occasion. I had asked @jon.gonnelli @herbwileyv and @nickferran each separately if they would be interested in playing on one of my solo songs. They all agreed, but unbeknownst to them, I scheduled them all for the same date. It was a huge surprise when everyone turned up at the same time and realized they were at the same session, but in reality, it was a mini Black Hollies reunion. I personally want to thank each and every one of them for taking the time out to be there for me, but most importantly, I would like to thank @stubenbaines and my wife Ash for putting up with my endless madness. I’m really nervous putting this out there, but I hope you all enjoy it and stick around for more. Fab art work by @spncrrbns All my love – justin angelo • • • #newmusic #garagerock #fuzzguitar #garagepsych #neopsychedelia #freakbeat #60spsych #60s #rickenbacker #musicpremiere #wfmu

“I Want Your Love” has this old school vibe that powers through with the sounds of the electric guitar, vocals, and garage-rock inspired bass and drums. Justin Angelo Morey depicts a story of someone desiring the love from someone else with some wicked guitar solos coming in the end.

Your musical journey is very interesting! What was the biggest thing that kept you pushing towards your musical dreams?

Thank you kindly! Honestly I attribute the constant pursuit with having an insanely strong work ethic. Life will always continue to provide service interruptions, distractions and general mayhem challenges. It really comes down to your ability to navigate those circumstances in real time. Sometimes you just have to step out of the picture and reboot your system. There’s a learning curve for everything. Being able to constantly evolve and learning to not continue to duplicate the same mistakes only makes you stronger. I try my very best not to get hung up with the demons of the past. They’re always going to be around but you’ve got to learn from you mistakes and make peace from within. I keep my head down and focus all of my energies on the task(s) before me.

As far as what keeps me pushing goes, I guess it’s the songs/ideas that are inside of me. Provided that they’re willing to come outside, I’ll continue creating art using various mediums.

Did you happen to know I’m a chocolatier as well? Visit: www.jamoreyartisanchocolate.com

Band after band, Justin Angelo Morey has proven how the desire to continue succeeding in your passions is a driving force in accomplishing your dreams. He has influenced many bandmates, fans all over the world, and chocolate lovers worldwide with the pursuits of his interests.

What advice would you give someone who’s just getting started in their musical journey.

Be true to yourself and what you’re trying to accomplish. Do yourself a big favor; be kind to others throughout your process. Ive tried for so long to fit into square holes or what the mainstream defines as “normal”. I find that you only let yourself down and it’s best to be who you are inside. Having a strong work ethic will only serve you better throughout the journey. Keep your eyes on your goals and try your best to maintain your focus. Mistakes and bad decisions are a part of the experience. Make a note and try your best not to repeat them. Pick yourself back up and get back on track. You only get out what you put into it.

Stay tuned for the release of “I Want Your Love,” available on all streaming platforms on October 16th!