With the release of his album When Love Remembers filled with popular Pop classics, singer and musician Kenny K. Low shares his rendition of Lionel Richie’s “Hello.”

The full album, When Love Remembers, features Pop and Rock classics that initially stole our hearts from the 1970s to the 2010s. Now, Kenny K. Low brings them back with a personal twist that makes us fall in love with them all over again.

Kenny K. Low, who grew up in America and found his love for music at an early age, masterfully reinterprets the “Hello” original song with his own original heartwarming visuals about a couple slowly coming together. As the opening single on the album, “Hello” opens up the floor for the eleven songs we’ll be listening to for the next hour.

The album continues with covers of Ronan Keating’s “When You Say Nothing At All,”Kenny Rogers’ “Crazy,” Barry Manilow’s “Even Now,” Dan Hill’s “I Fall Over Again,” Kenny Rogers’ “She Believes In Me,” Lionel Richie’s “Still,” “Lady,” Christina Perri’s “A Thousand Years,” “Truly,” and Dan Hill’s “Sometimes When We Touch.” Each particular cover takes us to a special place where we may have first heard the song or can bring us a completely new experience with the songs.

The next cover featuring Ronan Keating’s “When You Say Nothing At All” uses minimalistic instrumentation while his captivating voice fills the room with his vocals. He uses a harmonic acoustic guitar and some synthesizer pads to create unique harmonies along with the lyrics.

“Crazy” uses an impressive bass guitar to help bring imagery to the words and bring the music to life. “Even Now” was created in a way that showcases a modern and fresh version of the original soundtrack while still capturing the beautiful memory of the legend Barry Manilow’s music. 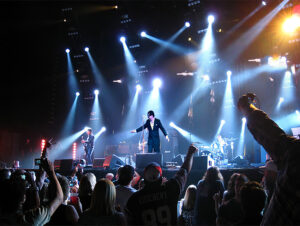 Dan Hill’s “I Fall Over Again,” keeps a gentler approach with a lead guitar holding the song together. “She Believes In Me” shows his ability produce music with a Blues feeling that connects with a larger audience.

Kenny K. Low’s rendition of Lionel Richie’s song “Still” does the single justice. There is evidently tons of heart and care that went into creating this cover with instrumentation that stays with you after you’ve listened to it. As with “Lady,” filled with calming and extravagant sounds of saxophones and drums.

Christina Perri’s “A Thousand Years” will always be a beautiful, gentle reminder of having love for another person. Kenny K. Low produces a timeless cover that can live on for many years to come along with the original version. With the first beats and lyrics, listeners are quickly transported in a more loving and soothing dimension.

The album is tied together with the final two songs “Truly” and “Sometimes We Touch.” Both singles have the power to catch the listener’s attention instantly with their well-produced musical elements and passionate vocals. “Sometimes We Touch” incorporates electronic piano sounds, the saxophone and endearing vocals to finish off the album strong.

If you’re looking for something new to add to your musical collection, consider Kenny K. Low’s newest album When Love Remembers. It’s an empowering reminder to cherish the classics past our time yet help bring them back to life in the times when the newer generations may not remember them.