Miami rapper King Mizzie comes prepared to wow fans and new listeners with the release of his 7-track EP The Route.

King Mizzie is the CEO of his own recording label No More Talkin Entertainment. His cofounder Gabbana comes along for the ride on the opening track “Where It Started,” a reflection of how far they’ve come since they started their music careers.  It’s raw and honest lyrics may hit home with rising artists who feel like they’re right there in the start and aren’t sure where to go next.

Just like the rest of the EP, “Where It Started” is the best way to introduce listeners to the rapper King Mizzie.

“Boss” gets listeners in the mood to take over the world. He raps of having the things he wants in life so “my kids will have some investments” over a simple, quick-paced tune. 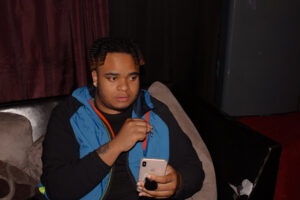 “My Soul” is instrumentally graceful with a piano introducing the track. He sing about those nights when he felt like he lost his soul while coming up from nothing and making his dreams com true. Truly one of the most inspiring songs on the EP!

Finalizing with “Gotta Feeling,” the entire EP is summarized here with the idea that he’s going to live his life as he wants and nobody is going to stop him from achieving everything. “I got a feeling, I’m running right into my demons” he begins the track, letting you know he’s ready to take over the rap world.

Stay tuned as King Mizzie prepares to release his 4-track EP No More Stops later this year. With mixes like these on The Route, we’re sure his future EP will be as real and unforgettable as this one.