Independent rapper King Mizzie hypes listeners up with his newest collaboration with fellow rapper Gabbana on “NMT Sh*t.” As he rides his own musical wave and connects with listeners all over the country, his drive for success is apparent through his music.

This is King Mizzie’s and Gabbana’s first collaboration in over 2.5 years since the release of “No More Talkin,” which ignited the idea for his record label No More Talking Entertainment. This new single is a culmination of all the hard work done throughout the past few years to make his dream a reality while the haters stand back and show hate.

The official music video shows their confident personas in front of the cameras as they rap along to the catchy beats. The ending scene hints at the transition of creating what is now NMT Entertainment as the smoke keeps fuming out into the air and symbolizing how their idea slowly became a reality.

Rapper King Mizzie always keeps it real in his songs. He’s all about the hustle and makig it clear it’s all about the “No More Talking Sh*t” and just getting the work done.

If you vibe with this ew track, check out his old releases and stay tuned for what’s coming in the future! 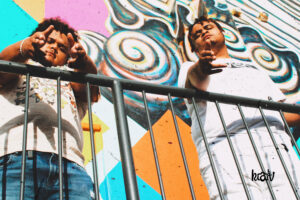