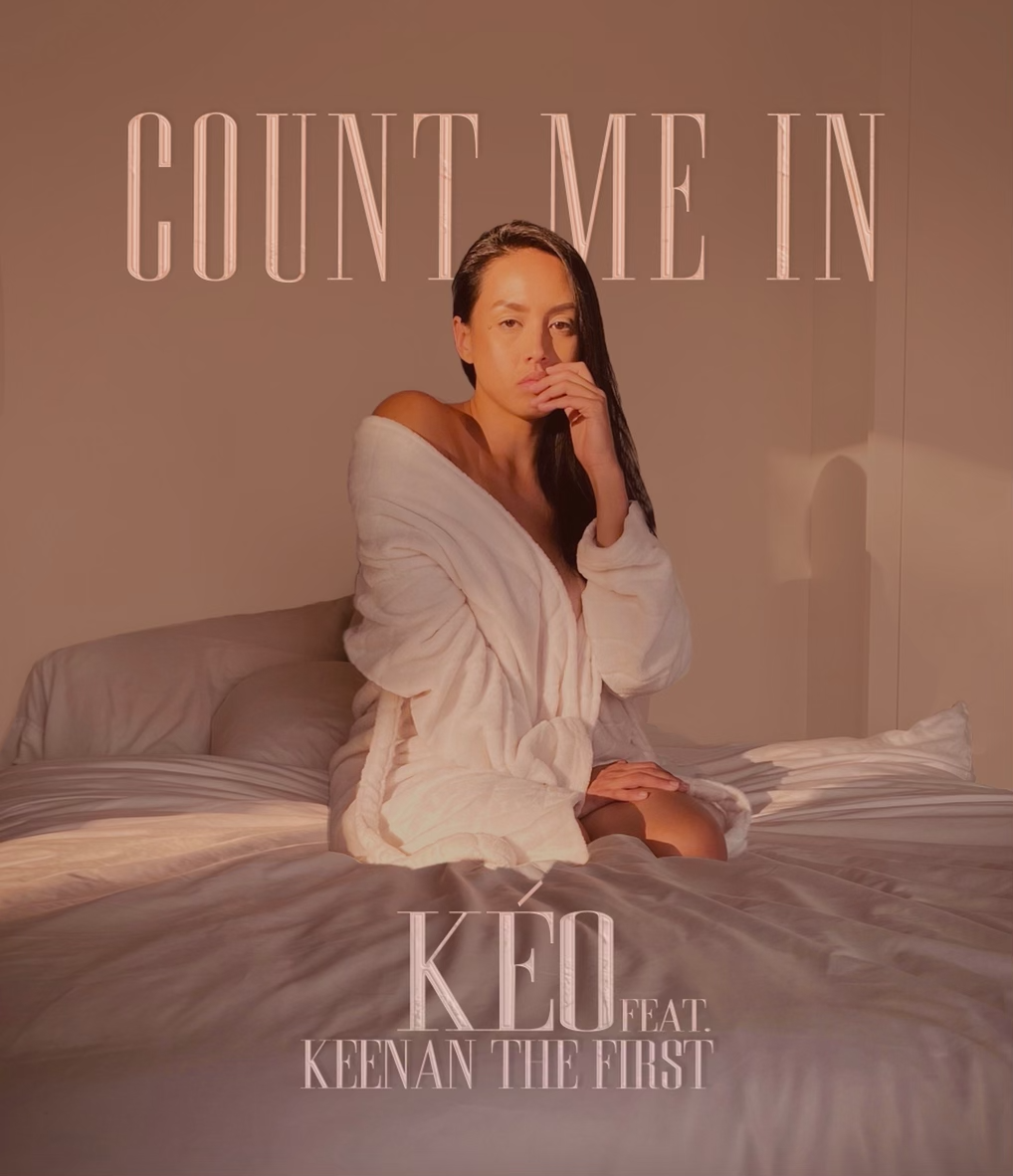 Kéo finds comfort in the close corners of the intimate relationship flourishing right before our very own eyes in the new “Count Me In” music video. The romantically inclined video is a snippet of what to expect when Kéo jumps on the director’s seat alongside photographer/videographer GotShotByHer, producer mombrumusic, and the mix and master collective cleancutcollectivela.

The R&B/Pop songwriter and producer based in Los Angeles released a vulnerable yet engaging single where she finds clarity in where the relationship is going with artist Keenan the First appearing to share his perspective on why the relationship has been failing. They’re both in the kind of energy where they want to make it work between themselves, calling each other in with the song’s catchy line “count me in.”

Their personalities shine as they roam around the empty rooms reminiscing on the way they were when they were together, quickly coming to the conclusion that it’d be worth the fight. “Count Me In” follows the previous release of the powerfully emotive “Rain,” yearning for the rainbow after a long, heartbreaking storm.

“Count Me In” is truly a catchy, rich track filled with flawless production, memorable lyrics painting a vivid narrative, and stand out melodies which naturally appeals to listeners all over the world. Make sure to check out the music video down below and share it with somebody special today!