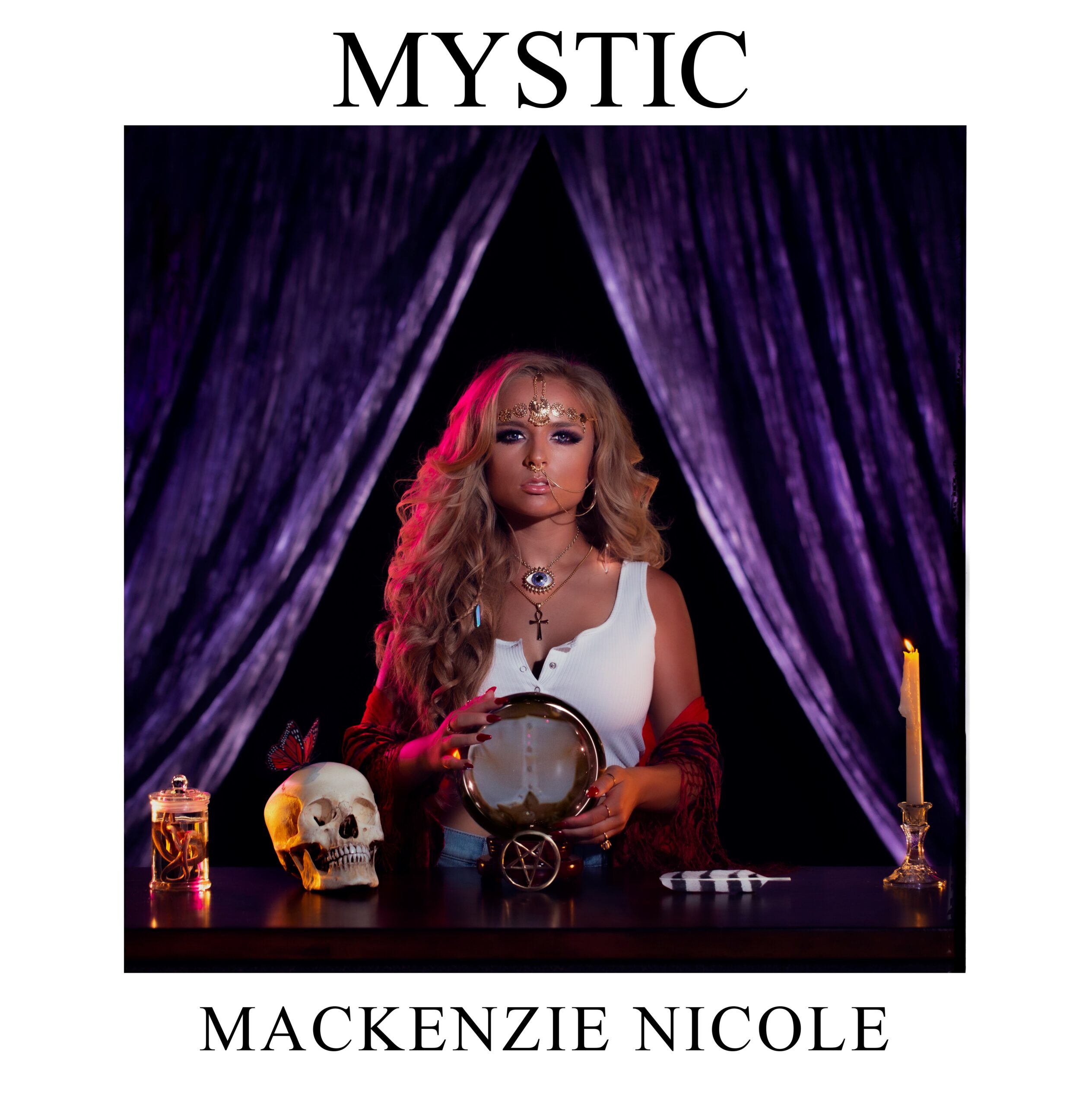 Mackenzie Nicole is set to release her newest album, Mystic, on February 14 with a visual video series leading to a short film release. Mystic chronicles an important time in her life when everything appeared perfect but she was crumbling in front of everyone.

“This album is autobiographical and documents a crucial period of my life. When the time came to begin creating the album, and I knew I needed to chronicle my odyssey of mental health and wellness. Thus, Mystic was born” – Mackenzie explains.

After the release of her debut album, The Edge, her songs raked in over 1 million Spotify streams while her videos totaled 8 million-plus views as she played to sold-out crowds. Although everything seemed OK on the surface, Mackenzie candidly admits, “That was the worst six months of my life.”

In 2018, she suffered a mental breakdown and fell into thoughts of suicide. Mystic is a concept album about the stages of mental health. The first chapter covers the dark chapter, titled “The Rabbit Hole,” the second is the transitional chapter, “Purgatory,” and the final light chapter is “Oxygen”. The final light chapter discusses how recovery isn’t a two-stop journey, it’s a process.

“In therapy, I learned how to break my bad habits and ultimately save myself. That’s the tale of Mystic and what the album means to me,” Mackenzie Nicole said.

Mackenzie plans to use her platform to help break the stigma and open the discussion about our mental health. See her perform and speak on TedX Ted Talks on February 29. You can pre-order Mystic here!