Mark Henes – “Strip Me Down”

Singer-songwriter Mark Henes returns with “Strip Me Down,” a new single with a intriguing cover art graphic telling you exactly how he feels.

The Nashville artist grew up constantly surrounded by music. With a variety of musical genres under his belt at a very young age, Mark Henes began writing music influenced by the sounds of the ’70’s, electric blues, and vintage country. His newest single, “Strip Me Down” is a unique blend all on its own.

Before the release day, Mark Henes posted on Instagram a video of the orange cover art graphic with him standing right in the middle posing naked with just his guitar. The caption for the post read, “This is a song about love …there seem to be too many mean people …why do they do these kind of things?”

This is a song about love …there seem to be too many mean people …why do they do these kind of things? ~~~~~~~~ First single to release from Crystallized Reflections “Strip Me Down” comes out tomorrow on all streaming platforms and will be available on the website markhenes.com if you wish to support @drewlambertyall on Bass ? @carlosdrum86 on ? kb brown on ? /prod Mark Lambert sound engineer/asst prod and yours truly on ? ? ?‍? @kayrunner for vid/graphics

The lyrics within the first minute of the song can tell you what kind of artist Henes is. Not accepting what anybody has to say about him or what he’s doing, he lets the world know he’s had enough and is ready to live his own life. He keeps on singing, “Bring me down/ As if I’ve had enough/ Let me out/ I think I’ve had enough” to the listeners to let them know that he’s fed up.

It’s inspiring really. Speaking on the single, Henes said, “Strip Me Down came in a wave of inspiration, in about one hour I had most of the emotions in song form, I repeat the lyrics and sing them till the lyrics stick and are memorized instead of resorting to writing them down and memorizing.”

He adds, “Over the course of several months of performing the song around town and on tour slight adjustments are made all the way up until it’s time to record in the studio, and sometimes you hear things differently in the studio so you finalize the song truly at the booth.” 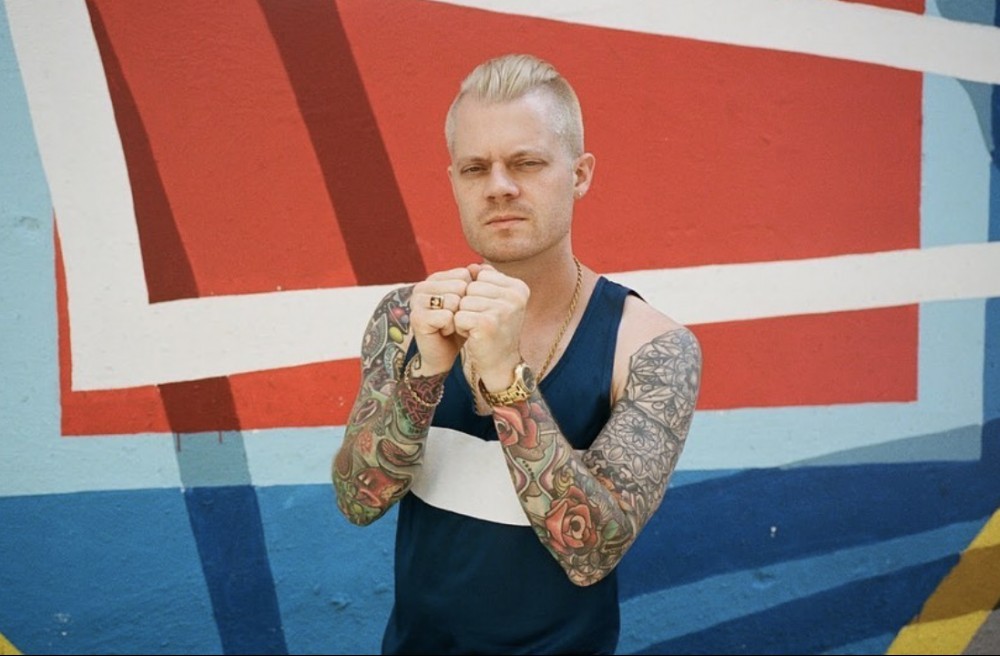 The first time you may have heard of Mark Henes was in 2018 when he oﬃcially released his debut EP Transitions. The EP featured songs filled with raw, blues and rock tracks immersed with intense emotion and beats you can’t find anywhere.

After that, Henes released two more singles: “Strip Me Down” and “Ghost Train.” Channeling a deeper, country single fully equipped with the banjo, his most recent release “Ghost Train” doesn’t sound like anything he’s previously released. The distinctive sound is important to Mark Henes, who takes precaution with all the beats, words and time that goes into his songs.

“I’ve performed “Ghost Train” at a local residency, place called Carpe Cafe, in Smyrna, TN south of Nashville the last two years when I’m not out on tour or performing in Nashville and other surrounding areas,” Henes mentions. “The train often comes by at a quarter pass 12, about the time I’m just getting into playing and it can be easily seen and heard from the listening room.”

“That train seemed like it should be bringing back a few loved ones. Felt like I was calling them on back home every time I performed,” he said.

Prepare for more of Henes in 2020 as he gears up to share his oﬃcial full length debut with the world. Titled Crystallized Reﬂections, the 13-track album will offer an authentic, unique perspective of the the artist’s life. It won’t be your traditional country or blues album – it will diversify itself by blending genres together that you never thought you’d hear simultaneoulsy complemeting each other.

He encourages listeners to listen from the beginning to the very end for the full effect. “If you listen to the album from start to finish, you will get a sense of completeness and an urge to dig deeper into the tracks. There are a lot of surprises, styles and storytelling perspectives in the album making it worth listening to again and again.”

Mark Henes truly is an inspiring artist in the world of singer/songwriters that will keep you Googling his music for more. If you’re in Tennessee, stop by the Carpe Cafe every Saturday night to listen to Mark Henes perform covers and originals for two full hours of entertainment.